A filmmaker has released a fan-made film about the origins of Voldemort — and his rise to power. The film itself had initially irked bigwigs at Warner Bros. for using its property, but the studio later approved the project — provided creators and co-directors Gianmaria Pezzato and Stefano Prestia didn't monetize it.

So it's now available for everyone to watch. At 52 minutes long — just several minutes short of being an actual feature-length film — Voldemort: Origins of the Heir follows Gryffindor heir Grisha McLaggen as she attempts to stop Tom Riddle, who, as we know, will eventually become a dark and powerful wizard who will later kill Harry Potter's parents, plus a bunch of other people.

Why Create A Voldemort Origin Story?

In an interview with Polygon, the filmmakers shared what pushed them to create a film focusing on He-Who-Must-Not-Be-Named. It happened when, after re-reading Harry Potter and the Half-Blood Prince, several questions popped into their heads, ones they failed to consider during the first time they read the book.

"We wondered, 'What made Tom Riddle become Voldemort? What happened in those years, and what really went down at Hogwarts when he came back?'" said Pezzato. "There are some clues in the books which have not been transposed at all in the movies, but a lot goes unspoken. This is the story we want to tell: The rise of the Dark Lord before Harry Potter and his first demise."

The film was produced by Tryangle Films, which at first tried to crowdsource the funds to be used for production — until Warner Bros. had it pulled, but the studio later relented and let them push forward with it.

Because of their condition with Warner Bros., the filmmakers released the film for free on YouTube, and they won't make a single cent off it. As of this writing, the video has racked up nearly 6,000,000 views.

Is Warner Bros. Going To Make Another Set Of Prequels?

Of course, it's important to keep in mind that the story presented in the fan-made film isn't official. That being said, it's still a pretty well-made tale about a ruthless but highly fascinating character. It remains unclear whether the Warner Bros. itself plans to produce a series of prequels directly tied to the Harry Potter films, apart from, of course, the Fantastic Beasts franchise, whose second installment, Fantastic Beasts: The Crimes of Grindelwald, comes out later this November.

You can watch the fan-made film in its entirety below. If you have any thoughts about it, feel free to sound them off in the comments section! 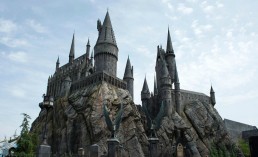 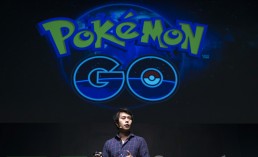 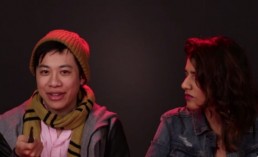