It’s no secret Taylor Swift has had her share of boyfriends in the spotlight. Now, it looks like the singer is ready to settle down with her current beau, Joe Alwyn.

Taylor Swift Is Beyond Smitten

Swift and Alwyn have been dating for less than a year but apparently, Swift knows all she needs to when it comes to the idea of spending the rest of her life with the British actor after taking it slow initially.

“She wants to get engaged to him,” said one insider. “She just doesn’t feel as though she has to impress anyone at this point… She feels confident in their relationship and Joe really loves her. She really thinks he might be the one.”

She's Keeping This One Safe

While Swift has been known to have eye candy on her arm at any given moment, she’s switched it up this time and is much more private in her relationship with Alwyn. That might be the key to her success because she’s ready to separate her personal and work life for what could be the first time. She already took a major step when they went on a secret vacation.

The source added Alwyn agrees and “is happy being out of the spotlight.”

Alwyn feels honored to be Swift’s boyfriend and she’s happy he has a successful career of his own.

Alwyn is Swift’s latest boyfriend after her high-profile relationships and breakups with Hollywood’s biggest stars from her first public boyfriend Joe Jonas (2008) to Lucas Till (2009) and Taylor Lautner (2009).

She must have gotten over Lautner sooner than later because she started dating John Mayer the same month she broke up with Lautner December 2009 until February 2010. After they ended things, she went strong with Corey Monteith for a month in April 2010 before Jake Gyllenhaal October 2010 to January 2011. She was single until October 2011 when she dated Eddie Redmayne until January 2012.

Let’s not forget Zac Efron from February 2012 until the following March and Conor Kennedy from July 2012 to October 2012 and Harry Styles from December 2012 to January 2013.

Swift then took an even longer dating hiatus and returned with a romance with Harris from February 2015 all the way to June 2016. While they were together for a while before their breakup, she moved on with Tom Hiddleston in the same month. Swift and Hiddleston were seen dancing just before her split with Harris at the infamous 2016 Met Gala where she met her current boyfriend. 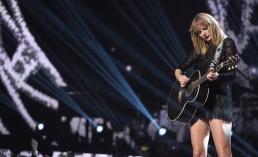 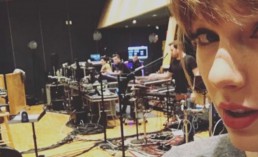 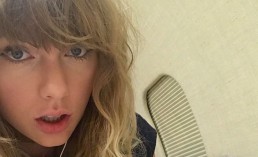 How Do Taylor Swift And Joe Alwyn Keep Their Relationship Private?