It seems that Leal is letting Gordon off the hook, just days after he was arrested for battery. Moreover, she is taking the blame to herself. The woman sent in a letter to the judge in Seminole County, Florida, asking to scrap the order that prohibits him from making direct contact with her.

"I am not in any kind of fear or danger being around him and would like to be able to contact him as soon as possible," Leal said.

Gordon's girlfriend explained she needs his love and that she wanted to talk to him. Furthermore, Leal denounced the police reports made against her beau, saying these were mistaken for something else. She insisted that photos showing her swollen lower lip with dried blood were because it was dry and chapped, far from what the police officers taught.

This was what prompted authorities to arrest Gordon on the night of their fight, although he was the one who phoned in responders. But with the recent revelations, Leal is clear about her mission: to get her boyfriend's name free from taint.

Leal divulged she has anger issues, and Gordon has been nothing short of a big help in dealing with her problems. She added she was diagnosed with bipolar disorder and is serious about finding help for this.

She also held herself responsible for what transpired during the night, saying Gordon should not take the consequences of her wrongdoings. Instead, Leal described him as a "great person," who helped her during her episodes.

This news came a day after Gordon's 911 calls were released. In the audio clips, he can be heard sobbing, all the while, Leal was screaming at the background. In between his statements, he was speechless and at one point admitted he "felt lame" because he let a woman beat him.

It can be remembered that Gordon and Leal went into an altercation recently. Upon reaching their house, responders took in the man after noticing the woman's swollen lips. But in their statement, he said she threw a bottle at him and ripped his shirt off.

Meanwhile, Leal then claimed she picked up Gordon at a bar and on their way home, he pulled her hair and even hit her right cheek. Once at their home, they got into a heated argument. She did not press charges against her man. 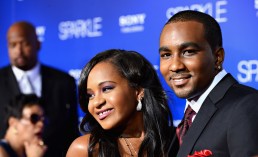