Priscilla Presley recently opened up about her late husband Elvis Presley's addiction to prescription drugs and revealed that the abuse started when he joined the U.S. military.

Priscilla talked about the final moments of her husband's descent into substance abuse at a panel for the singer's HBO documentary Elvis Presley: The Searcher at the South by Southwest Film Festival on Wednesday. She admitted that it was difficult to revisit the singer's "final chapter" and relieve his painful memories through the film, which candidly shows the singer's dependence on prescription drugs and struggles with his failing health.

However, she briefly recounted the highs and lows in her marriage with the music icon, including his dependence on prescription medicine. Priscilla said that Elvis took sleeping pills because he had insomnia and a phobia of going to sleep, which she said dates back to his childhood. She added that her husband started taking pills during his two-year stint in the U.S. Army while he was deployed in Germany. She said the pills were given to the soldiers to keep them awake.

"He was on guard at that time. He had maneuvers that he had to do late at night, so the pills were given to the guys and that's how he started," Priscilla tells People, adding that the downside was her husband had to do something to keep himself awake up after taking the pill.

"He was in unchartered territory, he truly was, and he did this and tried to do this alone," Priscilla adds.

Talking about intervention, the 72-year-old American actress refuted claims that the family did not do anything to stop him. She revealed that those in the close circle did their best to stop Elvis from getting hooked on prescription drugs. They talked to him and tried to help him but the singer was stubborn.

"People there in the inner group did, but you did not tell Elvis Presley what to do. You did not. I mean, you'd be out of there faster than a scratched cat. They would try and no way. He knew what he was doing," Priscilla recalls.

On her end, The Adventures of Ford Fairlane actress admitted that she tried to keep the pills away from her husband whenever they are together. She hid them under pillows and under the telephone, but somehow he always knew where to find them.

Priscilla talked about her late husband's drug dependence, which ultimately led to his death from a heart attack at the age of 42, ahead of the release of Elvis Presley: The Searcher on April 14. The documentary takes viewers on a journey from Elvis's childhood through his final recording session in the famed "Jungle Room" in Graceland in 1976. Priscilla is the executive producer of the film. 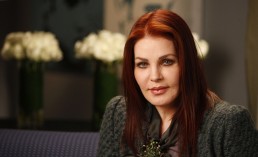 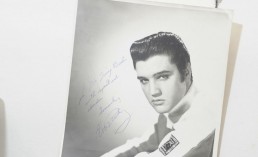 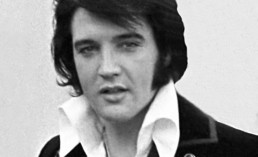