Queen Elizabeth has issued a declaration on Prince Harry and Meghan Markle's wedding, but many are wondering if the 91-year-old threw shade at her soon-to-be granddaughter-in-law.

Just two months before Prince Harry and Hollywood actress Markle will tie the knot on May 19 at the Windsor Castle, the Queen finally gave her seal of approval via an official declaration on March 14, Wednesday, during a meeting at the Buckingham Palace.

"My Lords, I declare My Consent to a Contract of Matrimony between My Most Dearly Beloved Grandson Prince Henry Charles Albert David of Wales and Rachel Meghan Markle, which Consent I am causing to be signified under the Great Seal and to be entered in the Books of the Privy Council," Queen Elizabeth said.

However, many fans noted that the declaration seemed to emit a subtle hint of disapproval for Markle. They pointed out that Queen Elizabeth was not at all warm in welcoming the former Suits actress to the royal family.

How? Well, Queen Elizabeth's declaration to Prince Harry and Markle's wedding were compared and contrasted with her older grandchild's wedding, Prince William and Kate Middleton.

"Our Most Dearly Beloved Grandson Prince William Arthur Philip Louis of Wales, K.G. and Our Trusty and Well-beloved Catherine Elizabeth Middleton," were the exact words used by the Royal Highness.

See what Queen Elizabeth did there? Interestingly, she did not fall short on positive adjectives to place before the Duchess of Cambridge's name back then, as opposed to Markle's straight-to-the-name mention. Obviously, as the wedding is drawing near, it has also gotten the attention of people.

This is why a mere lack of flowery words beside Markle's name was considered a shade. To put it simply, many are following the development on the wedding and was precisely the reason it was easy to note this.

So probably the better question is, is Queen Elizabeth the OG of subtle shades? According to a knowledgeable HuffPost source, the words were lifted from another statement and not from the official declaration that would come just a week before the actual exchange of vows.

Queen Elizabeth could send out another statement, probably to clarify the Markle issue, as the wedding is still months from happening. Maybe in her future declarations, she would be careful not to omit, or neglect, to put adjectives that would exude warmness so eagle-eyed fans won't have to create any issue.

Whether Queen Elizabeth shaded Markle through her statement is far from evident in a recent get-together. The two celebrated Mother's Day on March 11 in what was dubbed as an "intimate lunch." 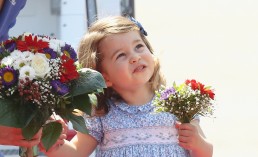 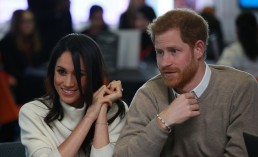 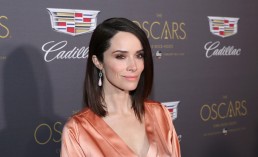