It may not be clear how Selena Gomez currently feels about her on-off beau Justin Bieber, but her love for Jennifer Aniston knows no bounds.

As classic Hollywood BFFs go, they're not exactly Amy Schumer and Jennifer Lawrence, but that doesn't mean Gomez and Aniston haven't developed a strong bond over the years.

The 25-year-old "Wolves" singer first divulged the details of her cross-generational friendship with the iconic Friends actress back in 2015. In particular, Gomez revealed how the two first met.

"We met through my management — they manage her as well — so it was kind of like a friendly meeting and instantly she's, like, inviting me to her house," she said at the time.

Gomez detailed how the duo made pizzas over at Aniston's house and that she received a lot of motherly advice from the star. To be fair, though, the singer was vocal about her love of Aniston for years, so such gushing is hardly new.

In fact, when the two crossed paths for the first time in 2009, she could barely keep it together.

"I was shaking! I ran into Jennifer in the bathroom and she goes, 'Hi!' My legs started to shake and I ran. I didn't know what to do because I freaked out," she admitted.

Gomez even advised that she played her character in hit Disney show Wizards of Waverly Place as an homage to Aniston. She could quote her lines verbatim, much to the surprise of others.

An Instagram post from 2014 showed how impressed Gomez was with Aniston's critically lauded performance in indie movie CAKE.

"I have not only been following her career as a fan since I was 8 and now get to watch her completely transform in her new movie CAKE," she wrote, revealing it had made her entire year to meet Aniston at an event for the flick.

The Friends actress is also Gomez's lifelong style icon. Rather than an LBD, Gomez opts for what she terms a "Jennifer Aniston dress."

She's even friendly with Aniston's recent ex, Justin Theroux, whom she split from last month after seven years together and two and a half years married. Theroux shouted out Gomez on social media when he posted for the first time following news of the split.

It stands to reason that Gomez and Aniston are likely bonding over their recent romantic troubles too, as the "Wolves" singer has reportedly split from on-again, off-again boyfriend Justin Bieber again.

After rekindling their romance again last year, Gomez and Bieber went on a romantic trip to Jamaica for his father's wedding. Even though they never publicly confirmed their reunion, everything seemed fine with the two even attending church together.

However, rumors circulated that Gomez's mother, Mandy Teefey, was very unhappy with the two being back together. Now, just a few weeks later, things appear to have cooled off completely. 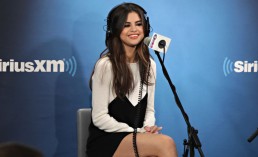 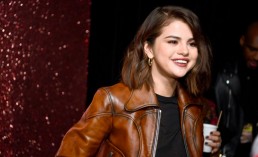 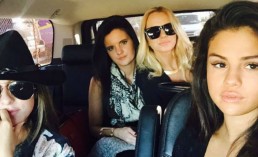