The drama for Kirk Frost and Rasheeda picked up right where it left off on VH1’s Love and Hip Hop Atlanta. The network released the first five minutes of the highly anticipated seventh season premiere.

Kirk Frost and Rasheeda Still Are Not Together

In the opening, Frost and Rasheeda were still not together. Frost wasn’t even certain that he and Rasheeda would be the coupe they once were.

While he had not given up on his marriage with Rasheeda, he said she was much more intent on not taking him back too soon. Frost said Rasheeda had been very distant from him since their problems aired on national television last year.

“We talk about parenting and business and that’s it,” said Frost. “There is no talk about our future, and we sure don’t talk about Jasmine and the baby.”

Now, they have returned for another season. To make matters worse, Frost said he had even more shocking news to tell Rasheeda. Meanwhile, Rasheeda seemed to be having the time of her life in the clip that will kick off the show.

When fans last saw Rasheeda and Frost on the show, there was still a question of whether he fathered a child with another woman, Jasmine Washington. Washington made several appearances on the show last season after she accused Frost of not only impregnating her but paying her to keep quiet about it. She also claimed that he paid her rent each month after Washington noted that she lived in the same apartment building as Rasheeda and Frost.

While Frost admitted to cheating on Rasheeda with Washington, all season he denied ever getting her pregnant and hiding it. It seemed like he was caught in the act when a video of him holding the child in Washington’s apartment went viral. Still, that wasn’t enough for Frost to admit to cheating and having a love child.

Separated For A Good Cause?

The season ended with Washington trying to contact Rasheeda and Frost serving Rasheeda with separation papers. Frost said he wanted to protect Rasheeda’s finances should his money get caught up in the drama with Washington. It looks like they have a long way to go to get back on track after Rasheeda's breakdown during last season's reunion.

Also in the clip, Mimi Faust made it clear she was happy with her new love and not thinking about Stevie J or Joseline Hernandez.

'Real Housewives Of Atlanta' Reunion: Kenya Moore Says She Has Co-Stars 'Shook,' And Is She Pregnant? 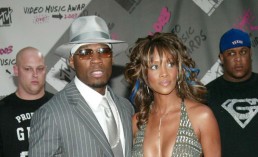 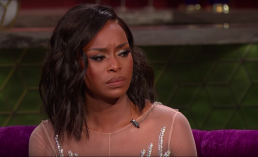 'Married To Medicine' Reunion: Quad Webb-Lunceford's Husband Is Latest To Be Outed For Cheating Scandal This Season