Renée Zellweger completely transformed into a different person for her new starring role in the Judy Garland biopic, Judy. A first look at the actress in character proves her ability to shape-shift for different roles.

Zellweger's appearance as the Hollywood legend deserves a double-take. Zellweger looks completely unrecognizable as The Wizard of Oz star. The official Twitter page of Judy recently released the first promotional photo of the Bridget Jones Diary actress as Garland, wearing a long-sleeved black dress with floral design. The photo shows Zellweger gazing upward as she sings into a microphone. The actress ditched her lighter shade locks for darker hues.

The Oscar-winning actress received compliments from fans who wished her luck in her upcoming film. They expressed their firm belief that Zellweger will do great portraying the iconic actress in Judy.

"Renee is an incredible actor. She obviously should have won best actress. Everyone knows it. She will be great as Judy who was the best female singer, I think the best if all singers," one fan commented.

"So glad to see Renee back on the big screen. Absolutely adore her and I know she will be great in this role!" another wrote.

Meanwhile, others pointed out the amazing job done to make Zellweger look unrecognizable. They mentioned that she bears an uncanny resemblance of Garland in the photo.

"Wow! I was scrolling FB and I thought this was an old photo of Judy, who's one of my all time favorites, a legend! And I adore Renee, she is amazing! I have no idea how your casting thought Renee=Judy (esp in looks), but someone did something right!" a fan named Kristy wrote

"She looks just like her," one fan wrote, while another said," WOW, amazing likeness Renée Zellweger."

Judy, from BBC Films, Pathé, and Ingenious Media, is set in the 1960s and focuses on Garland's series of sold-out concerts at London's Talk of the Town nightclub despite her failing health. The biopic will explore her relationships and the final chapter of the actress' life, years after the release of Easter Parade and The Wizard of Oz.

Aside from Zellweger, other cast in Judy are Rufus Sewell, Michael Gambon, Jessie Buckley, and Finn Wittrock. Gemma-Leah Devereux and Bella Ramsey are cast as Garland's two daughters, Liza Minnelli and Lorna Luft. Principal photography for the film, scheduled to come out later this year, has already started, so fans can expect to see more photos of Zellweger as Garland in the coming weeks. 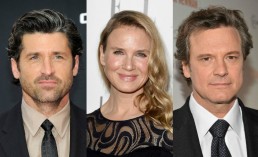 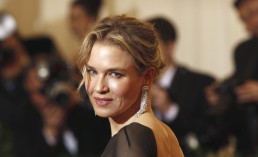 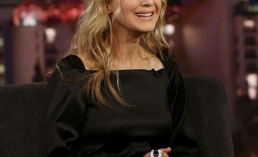