The 24-year-old "Same Drugs" rapper expressed his disdain over Heineken's prejudicial campaign with the tagline "Sometimes, lighter is better." Offended by the racially insensitive pun, Chance the Rapper shared his frustrations in a series of tweets on Sunday.

He supposed that some companies purposely release noticeably racist ads for the sake of viewership, so they can get more views. The "No Problem" singer admitted that he should not even be posting about it since he is only helping the situation. However, he pointed out that Heineken was being "terribly racist" with its "sometimes lighter is better" tagline.

Chance the Rapper suggested that using racially insensitive advertising has become a marketing strategy for some businesses. The Chicago-based rapper said that the agencies purposely do it so people overreact and tweet about it and eventually becomes a news headline. This way the brand's name gets mentioned several times.

Heineken is a light beer so reading along the lines of the tagline may not seem racist. However, the video that accompanies it is what made the ad racist. Chance the Rapper shared the clip on his Twitter to prove his point.

The ad opens with a bartender spotting a woman from a roof deck eyeing her glass of liquor with disdain. He decides to slide an open bottle of Heineken toward her. The bottle passes a few colored people before it reaches her.

Noticeably, the beer passes a couple of black women and a black musician playing his guitar before the beer makes a stop beside the glass. Viewers also pointed out that there are no colored people in the woman's group only white.

"Yeah wtf I swear nobody saw the vid they legit slid the beer past a ton of black ppl then once it came to the white ppl they say sometimes lighter is better that's high key sus," one user commented.

"Yeah it's bizarre that they'd even think it's ok. Makes me think Chance's theory is correct. It's subtle enough to maintain deniability but noticeable enough to gain publicity. Plus, it gives them big ups within the "anti-PC" (pro-casual racism) crowd," another fan wrote.

Heineken has since responded to Chance the Rapper's criticism in a statement sent to Rolling Stone. The beer company apologized for the overlook.

"While we feel the ad is referencing our Heineken Light beer — we missed the mark, are taking the feedback to heart and will use this to influence future campaigns," reads the statement. 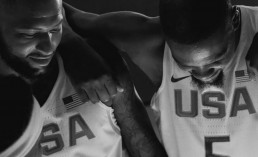 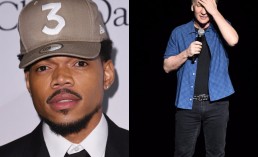 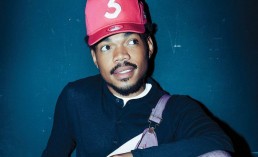 Chance The Rapper Age: Star Is Being Sued For Copyright Infringement [VIDEO]