Sean Penn talked about the current state of his relationship with ex-wife Robin Wright during a podcast interview on WTF with Marc Maron and admitted that they do not get along.

Penn said that he and Wright do not have a lot of conversation and thinks that it is better this way. The actor admitted that he and the Wonder Woman actress "don't not get along" and have "very separate relationships" with their kids at this point. However, he added that it is acceptable since the kids are already making their respective decisions.

The 57-year-old American actor and filmmaker also revealed that he and Wright have different parenting styles. They do not get along because they do not share the "same ethical views on parenting including the continuing parenting of adult children."

"It was better for her to be entirely whatever she is and available to them and they love their mother and they have that relationship and for me to be entirely available but ... we're always going to have conflicting ethics," Penn tells Maron while promoting his new book Bob Honey Who Just Do Stuff.

As for the kids, the I Am Sam actor says that they are doing great despite the family's situation and their parents not talking to each other. They are being adults and excelling in their respective careers.

"They're amazing people. They're both acting and modeling in an industry that I'm not very interested in, but they seem to have fun with it," Penn admits, adding that he supports whatever his children do that makes them happy and healthy.

Penn and Wright have two kids. They are parents to 26-year-old Dylan and 24-year-old Hopper.

Penn and Wright divorced in 2010 after a tumultuous relationship. They had an off-and-on-again love affair for more than 10 years after they started dating in 1989, shortly after Penn's divorce from singer Madonna. They married in 1996 and divorced in 2007 and reconciled shortly after. They officially ended their marriage in July 2010.

Penn admitted that he is happy and feeling great about his current disposition, although he is open to finding love again.

"People falling in love with each other is a great, great thing," the actor tells Maron.

As for the House of Cards alum, Wright is currently in a relationship with Saint Laurent VIP relations manager Clement Giraudet. Penn was previously engaged to Charlize Theron, but they split in June 2015. 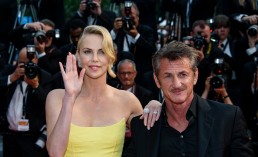 Sean Penn, Charlize Theron Engaged: Actress Explains Why Her Boyfriend 'Fell In Love' With Her [VIDEO] 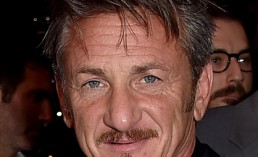 Sean Penn, Charlize Theron News: Actor Spends Time With His Son Amid Breakup, How Did He Look? [PHOTOS, VIDEO] 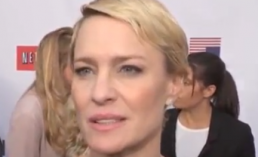 'House of Cards' Season 3 News: Robin Wright Reveals Diet To 'Get Thin For The Show' [VIDEO]