Gwen Stefani and Blake Shelton are currently in Oklahoma with her kids enjoying the children's spring break from school.

According to a new report, Stefani and the boys -- 11-year-old Kingston, 9-year-old Zuma, and 3-year-old Apollo -- jetted off to Shelton's ranch days ago. After they arrived to the singer's home, Stefani began sharing photos on her Instagram page.

On March 27, Entertainment Tonight shared a number of her social media posts with their readers and revealed that Stefani and Shelton were also joined by Stefani's niece, Stella.

In one of her posts, Stefani is wearing a shirt with the words “Wander With Love.” Meanwhile, her kids and her boyfriend appear to be wearing camouflage outfits.

Are Gwen And Blake Ready To Get Married?

While Stefani and Shelton have been acting as a family unit for some time now with her three kids, a source earlier this month said the two have no plans to get married anytime soon.

"There is no reason for them to rush into a marriage so they aren’t," the source told Entertainment Tonight. "Both of them are happy and content with where their relationship is right now."

As the insider explained, the couple truly believe they have found their soulmates.

When Did Gwen And Blake's Relationship First Begin?

As fans of The Voice may recall, Stefani and Shelton first began appearing alongside one another on the show during its seventh season. However, it wasn't until the NBC singing competition's ninth season that things between them took a romantic turn.

In mid-2015, ahead of production on the show's ninth season, both Stefani and Shelton went through highly publicized divorces -- he with Miranda Lambert and she with Gavin Rossdale. Then, as the couple began to film the show, they formed a friendship and bonded over what they were both going through at the time.

By November 2015, amid rumors of a romance, Stefani and Shelton confirmed they were dating and made their first joint outing with one another at an after-party for the Country Music Awards in Nashville, Tennessee. Since then, the couple have been sharing their happy moments with one another on the show and on their social media pages, where they frequently gush over one another. 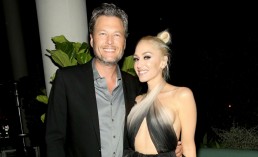 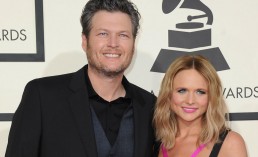 Are Blake Shelton And Miranda Lambert In Contact After Their Divorce? 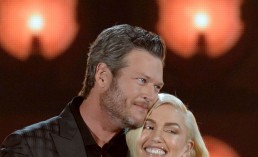