Kylie Jenner has been putting in some serious work to shed off her pregnancy weight, but her baby daddy, Travis Scott, reportedly likes her just the way she is.

Those following the 20-year-old reality star on social media know that she's been making it a priority to get her figure back. Sources close to the Keeping Up With the Kardashians cast member has reportedly dropped over 20 pounds already, yet she's still choosing to wear sweatpants but only because they're comfortable.

Though she's been hiding her curves, Scott has been encouraging to show off her body.

"She looks and feels great! Travis reassures her there's no need to hide her body," a source close to the new mom explained.

It looks like Jenner has been listening to her boyfriend as she has continued to flaunt her post-baby body on social media ever since she gave birth to her daughter, Stormi Webster, on Feb. 1.

Recently, the new mom took to Snapchat to show off her toned tummy that appeared as flat as can be, but it seems she's still not where she wants to be just yet. Jenner's latest Instagram post assured that as she shared a throwback photo of herself in a bikini calling the old photo her summer goals.

Despite Jenner's thoughts, she shouldn't be too hard on herself as it almost going on two months since she and Scott welcomed their baby girl.

"My pregnancy was one I chose not to do in front of the world. I knew for myself that I needed to prepare for this role of a lifetime in the best way I knew how," the Life of Kylie star wrote.

Along with her Instagram post, the lip kit maven also shared an 11-minute documentary style video on YouTube that followed her journey to motherhood titled "To Our Daughter." 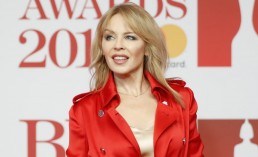 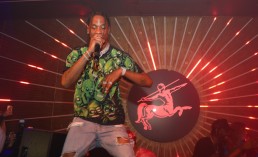 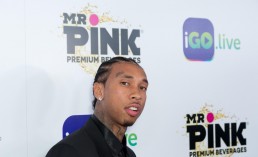 ‘I Have Nothing To Do With That’: Tyga Blasts Rumors He’s Kylie Jenner’s Baby Daddy