The public would have to wait to catch a glimpse of Prince Philip as he skips a planned appearance due to health problems.

The Duke of Edinburgh, 96, has previously declared his retirement after 70 years of public duties. He did not rule out occasional appearances and was scheduled to attend the traditional Maundy Thursday church service at St. George's Chapel with the Queen, 92.

Unfortunately, Prince Philip's issues with his hip made him decide to skip the service, according to People.

"The order of service was printed some weeks ago, when it was hoped the Duke would be able to take part," a Buckingham Palace official confirms in an official statement, adding that he has since opted to pull out of the service.

Another insider reveals that the duke was looking forward to the event before his hip began to bother him again, Us Weekly reports.

Prince Philip has recently been having hip problems, which led to the canceled appearance. Instead, Queen Elizabeth represented the royal family in the traditional ceremony, handing out Maundy money to special guests.

During the Royal Maundy Service, The Queen distributes Maundy money to people who have done great work in their local communities. pic.twitter.com/zFtA5D7k14 — The Royal Family (@RoyalFamily) March 29, 2018

He also did not show up to Prince Andrew's appointment as the new Colonel of the Granadier Guards last March 22, although it's unknown if it's because of the same hip problems. It was held on the Windsor Castle grounds.

In June 2017, the royal was confined in the hospital for two days for an infection. In a report from Entertainment Tonight, an insider reveals that he has been hospitalized several times in the past few years.

One of the biggest dates on the royal family's calendar is the wedding of Prince Harry and Meghan Markle on May 19. The couple will be tying the knot in St. George's Chapel, partly to assure the convenience of Prince Philip in attending the ceremony.

"In fact, one of the reasons that Prince Harry has wanted this wedding to happen quite quickly — this is really whirlwind by royal standards — is because his 96-year-old grandfather, the Duke of Edinburgh, is retired now and Prince Harry really wants him to be at his wedding," Kate Nicholl, royal expert, says to Entertainment Tonight last November.

"He's incredibly close to his grandfather and, being 96, Harry thought it was it was a great thing to [have] the wedding sooner rather than later, so his grandfather could be there, fit and healthy." 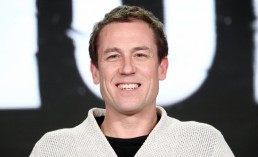 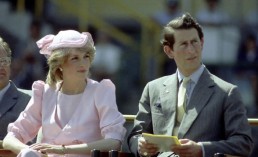 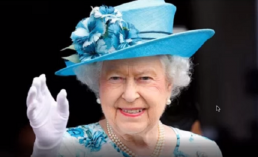