While all eyes are on Meghan Markle as she gets ready to marry Prince Harry, it turns out this day is one that Markle also dreamed of herself. New reports say Markle aims to be “Princess Diana 2.0.”

Is Meghan The Next Princess Diana?

Andrew Morton, who has written a number of books about the royal family, revealed the news in his latest book, Meghan: A Hollywood Princess. The book features Markle’s story from her childhood, to becoming a famous actress in shows like USA’s Suits, and her upcoming wedding to Prince Harry.

One of Markle’s childhood friends told Morton that the actress was “always fascinated by the royal family.”

They added that Markle “wants to be Princess Diana 2.0.”

Princess Diana is Prince Harry and Prince William’s late mother. She was known for her keen fashion sense and philanthropic efforts before her untimely passing in 1997. Markle’s friends from her days as a teenager said Markle shed tears when they tuned in to Princess Diana’s funeral.

Interestingly enough, Markle spoke on her familiarity with the royal family just after she announced her engagement to the prince last November. Unlike her friends’ recollections, Markle said she didn’t know too much about the famous family before she started dating Prince Harry.

“Because I’m from the states, we don’t grow up with the same understanding of the royal family,” said Markle. “And so, while I now understand very clearly that there’s a global interest here, I didn’t know very much about him.”

Also in the book, Morton detailed Markle’s divorce from her first husband, Trevor Engelson. Their marriage ended so quickly that Markle gave Engelson her wedding ring back via mail.

“Trevor went from cherishing Meghan to, as one friend observed, ‘feeling like he was a piece of something stuck to the bottom of her shoe,’” wrote Morton as he said Markle made her rounds to become a popular socialite. “A networker to her fingertips, she seemed to be recalibrating her life, forging new friendships with those who could develop her career.”

Markle has yet to respond to the book. It might be safe to say she’s too busy planning her lavish wedding set for May 19. She has already moved to London and was received well by the locals. She also reportedly has a great relationship with her future sister-in-law, Kate Middleton, who is married to Prince William. 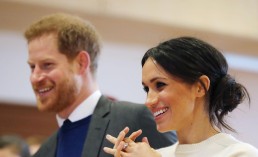 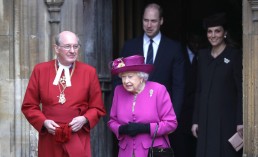 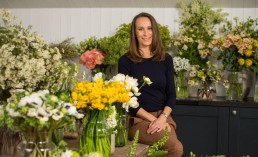