Meghan Markle and future sister-in-law, Kate Middleton, are growing closer day by day, as the actress adjust to life as a member of the royal family.

Markle And Middleton Bonding Before The Wedding

With a little under two months to go for Markle and Prince Harry to tie the knot at the St. George's Chapel on the grounds of Windsor Castle on May 19, the former Suits actress and the Duchess of Cambridge have developed a strong connection, a source revealed to Entertainment Tonight.

"Kate has been doing whatever she can to help Meghan adjust to life behind Palace walls," the source said. "Of course with two little ones, and a third on the way, Kate has her hands full, but she's been guiding Meghan on Palace protocol and supporting her."

Markle is also doing everything she can to keep her in-laws and become a part of the family before the wedding. The soon-to-be royal also brings home-cooked food for her in-laws, the insider pointed out.

The 36-year-old actress is not only turning to her future sister-in-law for advice but also takes her as a friend. With her group of friends shrinking as she prepares to assume new responsibilities as a member of the royal family, she has been looking to Middleton for companionship.

"Meghan has also turned to Kate to keep her company as she has less flexibility roaming around freely since joining life as a future member of the Royal Family," the source revealed, before adding that Markle is adjusting to life without social media, and constantly being under the paparazzi microscope, and Middleton is helping her through it.

Markle Will Not Upstage Middleton On Her Wedding Day

Markle and Middleton's close bond is also probably the reason why Markle does not want to outshine her future sister-in-law on her wedding day.

Author and royal expert Katie Nicholl recently revealed that the actress has no plans to upstage Middleton with her wedding gown. 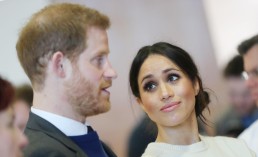 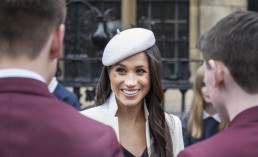 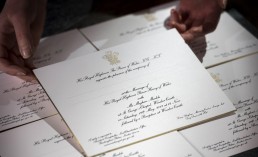