Natalie Portman has decided against traveling to Israel in June to receive her award from the Genesis Prize Foundation due to reasons that prompted her not to participate in events in the country.

Portman was supposed to be in her birth country on June 28 to attend the Genesis Prize Ceremony and accept her award for being the 2018 Genesis Prize Laureate. The award is the counterpart for the Nobel Prize in the United States and called "The Jewish Nobel" in Israel. The award honors those who "serve as an inspiration to the next generation of Jews through their outstanding professional achievement, commitment to Jewish values and to the Jewish people."

"Ms. Portman is a highly accomplished actress, a committed social activist, and a wonderful human being. The staff of the Foundation enjoyed getting to know her over the past six months, admires her humanity, and respects her right to publicly disagree with the policies of the government of Israel," reads the press release on the organization's website.

However, the Star Wars actress decided not to visit Israel and the organization was left with no choice but to cancel the ceremony. According to the actress's representative, the "recent events in Israel have been extremely distressing to her and she does not feel comfortable participating in any public events in Israel." For this reason, Portman finds it in her good conscience not to move forward with the ceremony.

The Genesis Prize Foundation is saddened that the actress decided to withdraw from her appearance at the ceremony for "political reasons." The organization expressed their fear that her decision will result in the organization's philanthropic initiative to be "politicized," which is something that they have worked hard to avoid for the past five years.

Portman was supposed to accept her award and the $1 million prize money, which she promised to re-gift to philanthropic programs that aim to advance women's equality in all aspects of human endeavor, during the ceremony. The ceremony also aimed to highlight the work done by women's rights NGOs on women's equality and empowerment issues. International guests were expected to fly to Jerusalem to honor the actress and celebrate the contribution of Jewish women to humanity.

Portman's decision to cancel her trip to Israel comes less than a week after the European Union called for an inquiry into the Israeli military's use of live ammo in the attack on the Gaza border. The attack left dozens of Palestinians dead and hundreds injured.

Aside from Portman, past honorees by the Genesis Prize Foundation include Michael Douglas, Anish Kapoor, Michael R. Bloomberg, and Itzhak Perlman. 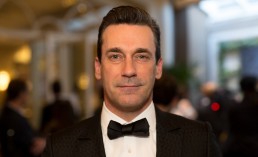 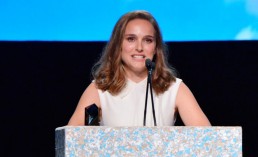 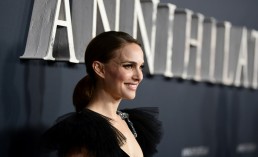