The movie starsNatalie Portman and Jennifer Jason Leigh as an ex-military biologist and government psychologist respectively. As part of a top-secret mission to explore a previously uncharted area where strange and possibly supernatural phenomena have occurred, they stumble upon something truly monstrous.

Annihilation's high-caliber female-fronted cast should be something to celebrate, but the inclusion of Portman and Leigh has drawn criticism from certain quarters. The sequel to the novel, upon which the movie is based, finds the two characters identified as women of color. More specifically, Portman's character is described as being of Asian descent while Leigh's is half Native American.

"Well, that does sound problematic. But I'm hearing it here first," admitted Portman when pressed in an interview.

Earlier this week, the Media Action Network for Asian Americans released a statement claiming that Garland was misrepresenting key characters in the book by casting white actresses rather than Asian or Native American. Likewise, the founder of American Indians in Film and Television described the matter as disappointing, but nothing new.

Although Hollywood has a long and checkered history of so-called whitewashing of popular characters, when it comes to Annihilation, it isn't as simple as blindly casting white actors regardless.

The 2014 novel of the same name by Jeff VanderMeer doesn't contain physical descriptions of its characters — a deliberate choice by the writer himself. They're referred to only by their jobs such as the psychologist and the like.

Writer-director Garland argued that he hadn't even read Authority, the sequel to Annihilation when he wrote the screenplay for his movie. In fact, Garland quite deliberately took a different approach, rather than looking to the subsequent novels for inspiration.

"I took a really weird approach to the adaptation. I thought... I'm going to adapt it like a dream of the book," admitted Garland.

On her part, Portman acknowledged that the industry needs to try harder to be more diverse when it comes to casting in general.

The cast for Annihilation boasts the likes of Tessa Thompson, Gina Rodriguez, Benedict Wong, and Oscar Isaac in main roles, so it's certainly more diverse than many of its contemporaries.

Early reviews of the movie are also positive across the board, but its path to release has not run entirely smoothly after issues with producers and studio Paramount making the decision to dump the flick on Netflix for its international release.

Annihilation hits theaters on Feb. 23. The trailer for the movie has racked up over seven million views on YouTube to date. 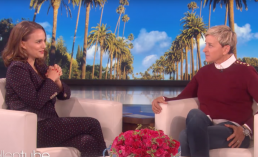 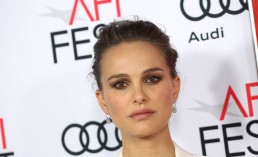 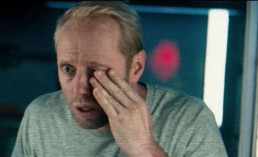 Netflix Forked Over More Than $50M For 'The Cloverfield Paradox': Report