In De Lesseps' arrest video, the 52-year-old can be seen at the backseat of a police car begging her way out. At first, she was calm and kept saying she had done nothing wrong. She also requested to be released, even using "please."

However, De Lesseps started unbuckling her seatbelt, and the police officer guarding her ordered her to stay where she was and to just relax. She then went out of the vehicle but was again placed by the officer inside. The police officer then tried to fasten her seatbelt, but that was when the reality star slammed the authority and even threw a death threat.

The chaos didn't stop there. De Lesseps's arrest video seemed to have gotten worse as she became even more restless after she was buckled to her seat. She then tried putting her feet outside the car, but the officer placed them inside, saying he'll hog-tie her if she continued doing that.

All the while, her friends tried to convince her to calm down, but their requests rendered useless as De Lesseps continued to struggle and stayed stubborn with the arresting officer.

The harrowing footage of De Lesseps's arrest was released by the Palm Beach Sheriff's Office four months after she was arrested. She was taken in and was slapped with four charges, which include threatening an officer and disorderly intoxication.

De Lesseps was arrested last year while she was at the Palm Beach, where she tied the knot with Tom D'Agostino Jr. Seven months after their wedding, the RHONY star and the guy decided to end what they had because, according to her, the man couldn't end his "bachelor lifestyle."

What transpired during the night that prompted her arrest was the commotion she started. Apparently, De Lesseps had been drinking with her friends during the afternoon. She then met up with an ex-boyfriend at the Colony Hotel, though she was irked upon finding herself and the man at the wrong room.

Meanwhile, of her arrest, De Lesseps admitted that being in the place had brought so much emotions. She had since apologized for her raucous behavior and looked forward for a better 2018.

She has also tried to help herself following the nasty arrest, entering herself to rehab. De Lesseps also claimed she is avoiding alcohol.

While she had apologized for her wrongdoings, she pleaded not guilty. It is still unclear how the case will fare, especially with De Lesseps' arrest video making the rounds on the internet. 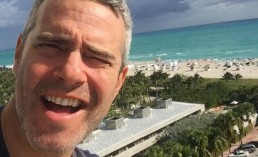 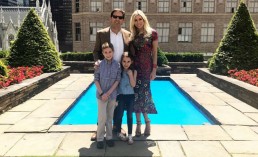 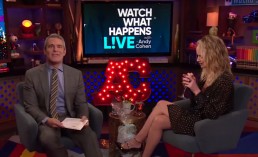