LuAnn de Lesseps and her costars are returning to Bravo TV for the 10th season of The Real Housewives of New York City next month.

Just over two months after the reality star and mother of two was thrown behind bars after a drunken escapade in Palm Beach, Florida, during which she allegedly assaulted a police officer, the network has given fans their first look at what is to come on the upcoming episodes.

“They charged me with resisting arrest,” de Lesseps is seen telling her costars in the trailer, which was shared by Us Weekly on March 1.

“She assaulted a police officer,” Tinsley Mortimer tells Sonja Morgan in another scene.

As Us Weekly magazine revealed to readers, de Lesseps was charged with a felony of resisting an officer with violence and two misdemeanor charges after her arrest on Dec. 24. Months later, the State Attorney's officer in Palm Beach confirmed to the magazine that the 52-year-old had rejected a plea deal during a court appearance weeks ago.

Following her arrest, de Lesseps released a statement to Us Weekly, admitting that she allowed her emotions to get the best of her after returning to Palm Beach for the first time since marrying Tom D'Agostino Jr. nearly one year prior. As fans of the former Countess well know, her marriage lasted just eight months and at the end of their relationship, they faced rumors of public fights and cheating.

De Lesseps' relationship with D'Agostino Jr. was also plagued with rumors prior to their marriage, many of which were discussed on the show.

“I want to offer my most sincere apologies to anyone that I might have offended with my behavior,” she told Us Weekly after her arrest. “This was my first time in Palm Beach since my wedding and being here brought up buried emotions. I am committed to a transformative and hopeful 2018.”

Also in The Real Housewives of New York City's season 10 trailer, de Lesseps is seen reaching for a drink after hearing that her ex-husband, D'Agostino Jr., has a new woman in his life.

A sneak peek at the new season can be seen below. 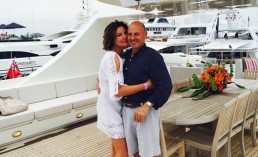 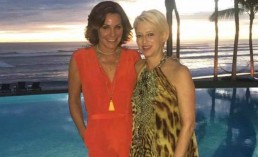