Carrie Underwood and husband Mike Fisher bonded during a car ride together where the singer documented her husband's annoying behavior and gave fans a glimpse at her face.

Underwood did not shy away from the cameras when she shared a video of the car ride on social media. The singer shared the clip with her 7.2 million followers on Instagram Stories on Saturday. The video shows Fisher on the wheel and the 35-year-old singer takes a video of her husband making a squeaking noise repeatedly into his hands while driving.

"Help me," Underwood silently pleads as she looks directly at the camera.

"Must we? So annoying," the singer wrote alongside the video.

Aside from showing Fisher's annoying behavior, Underwood also gave fans a close-up look at her face. The "Jesus Take The Wheel" singer had undergone surgery around her upper lip and chin following a freak random accident in November that broke her wrist and injured her face. Underwood revealed that she had to have 40-50 stitches on her face to fix the injury.

On New Year's day, Underwood told her fans that she received help from the best people and that she was still healing. She also accepted the fact that she does not quite look the same following the surgery. However, she expressed her relief and said that she is grateful to be alive.

The facial scars are barely visible now. A close friend said Underwood still looks gorgeous in person and that anyone looking at her up close can hardly see the scarring.

"She had extensive reconstruction done around her mouth area and lips, but the doctors did a really great job obviously," the source said.

The "Cry Pretty" singer kept a low profile for months and eventually showed her fans a look at her face in April, when she shared a selfie of her cheering on Fisher during his Nashville Predators game. She also stepped out in public earlier this month to receive her trophy and perform at the 2018 ACM Awards.

Ready to cheer on the boys tonight! Especially that #12! I hear he’s alright! @mfisher1212 @predsnhl #LetsGoPreds A post shared by  Carrie Underwood (@carrieunderwood) on Apr 20, 2018 at 6:28pm PDT

Underwood also recently opened up about the accident on iHeartRadio's Bobby Bones show. She said the accident happened while she was taking her dogs out to pee one last time. She missed a step and tripped. She fell down and hurt her right wrist, which she used to catch her fall. She revealed that it was frustrating to work out with a broken wrist. 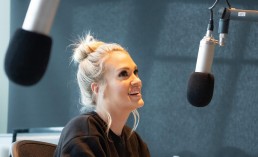 Carrie Underwood Tells The Story Behind Her Accident And Face Injury 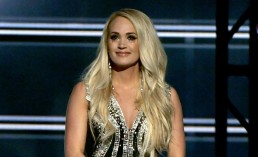 Carrie Underwood 'Was Terrified' To Show Her Scars, Fans Call Her Out For Looking The Same 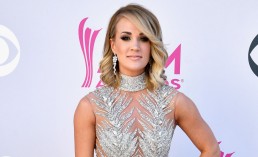