There's clearly no animosity between exes Jennifer Lawrence and Darren Aronofsky. The actress presents him with an award for his ongoing contribution to the arts.

Lawrence, 27, showed up at the BAM Gala, in New York City, Wednesday night. She hadn't been papped by the press in a couple of months.

Lawrence quickly joined the Mother! director backstage before honoring the 48-year-old in front of the gathered crowd.

"I am thrilled to be here tonight to present this honor to my very good friend, Darren Aronofsky," she said.

The two share a common concern about environmental issues, which allegedly inspired the divisive 2017 thriller in which Lawrence starred in the leading role.

She Was Attracted To Him Instantly

The couple split late last year, just as the promotional tour for the movie was finishing up. They remained very close, however, and it was only recently that Lawrence gushed that she still loved Aronofsky.

On what attracted her to the filmmaker, Lawrence revealed on Marc Maron's WTF podcast that theirs was an instant connection, at least, on her side.

"He played hard to get for ... nine months, maybe longer, which just killed me," she admitted.

Although their romance was short-lived, in the actress's head, it was a lengthy relationship.

They Bonded In Strange Circumstances

Lawrence is known for staying friendly with past boyfriends, including fellow actor Nicholas Hoult whom she met while filming the X-Men films. She credits her characteristic bluntness with keeping her on, even footing with all the men in her life.

Lawrence and Aronofsky reportedly split because they were at different stages in their lives, given their considerable age difference. They were spotted out and about in New York together shortly after the breakup became public.

Their on-screen collaboration, which also starred Javier Bardem, Ed Harris, and Michelle Pfeiffer, was hugely divisive upon its release. Although many critics hailed it as a masterpiece, there were others who called Aronofsky out for his alleged sexism.

Lawrence admitted she'd been put through the wringer during the shoot, but chalked her experience up to making great art. Her character is quite literally torn apart over the course of the movie, with Aronofsky claiming the whole thing is a metaphor for the dangers of climate change. 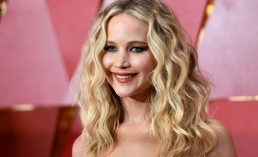 'Welcome To My Humble Abode': Celebrities Who Live In The Most Modest Homes 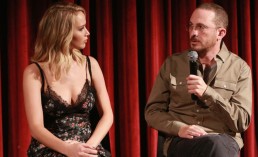 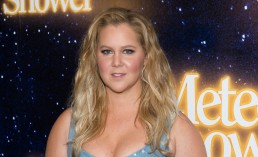 'I'm Not Amy Fischer!' Amy Schumer Refuses To Change Her Last Name After Tying The Knot