Kendall Jenner is no longer shy about her love life. The supermodel and reality star engages in a very public display of affection.

The single lady, most recently linked to NBA star Ben Simmons, was caught locking lips with none other than Gigi and Bella Hadid's little brother.

Jenner was attending a CFDA Awards after-party in New York City Tuesday when witnesses spotted her making out with Anwar Hadid.

Not only is it obvious that it's him judging by his trademark bleached blonde hair, but the Keeping up with the Kardashians star took a pic of his tattooed hands herself to drive the point home.

According to sources from the party, the 22-year-old supermodel was hanging out with 18-year-old Anwar, also a model, at Socialista in NYC for around two hours. The two were reportedly kissing, cuddling up, and drinking the night away.

Although Jenner and her beau were all over each other for the night, she went back to her hotel alone at around 4 a.m.

Not Her Typical Behavior

The second-youngest member of the Kardashian-Jenner clan has been playing the field, as she was spotted on a date with Simmons on Monday. Jenner was previously linked to Blake Griffin, whose ex-wife accused her of home-wrecking in a legal dispute with him.

Anwar, meanwhile, reportedly split from his girlfriend, actress and model Nicola Peltz, last month after a year of dating. The two attended Coachella together, as per his Instagram. Jenner might have had her eye on him for a while though, as a couple years back, she shared a pic with him captioned "dibs?"

Jenner isn't known for engaging in PDAs with rumored, or even confirmed, flames so this is uncharacteristic behavior for the notoriously private star. She even shot down stories she was secretly gay in a recent Vogue profile.

The reality star acknowledged that she isn't as into showing off as her famous family, and suggested maybe that's where the confusion came from.

"I think it's because I'm not like all my other sisters, who are like, 'Here's me and my boyfriend!' So it was a thing for a minute because no one ever saw me with a guy. I would always go that extra mile to be low-key with guys, sneaking around all the time," she explained.

Neither of Anwar's sisters and Jenner's long-time friends, Gigi and Bella Hadid, has commented on this new hookup as of yet. 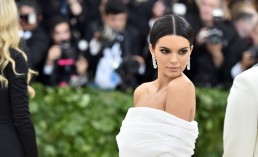 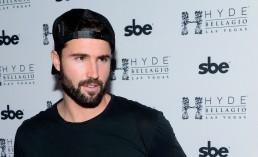 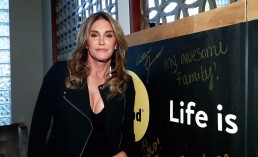