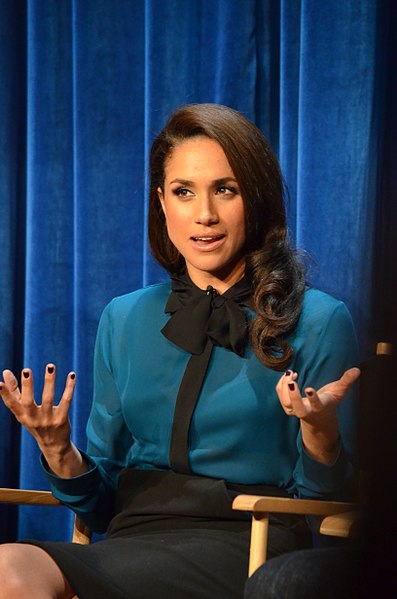 Marrying one of the most eligible bachelors of this generation, Meghan Markle was indeed one lucky bride! However, she never thought it would be this challenging to marry the love of her life.

So, is she having regrets?

The Duchess of Sussex admitted that she has been warned the British Tabloids won't make it easy for her. She confessed she was naive about the British press and how significantly they can change her life.

The new mom to Archie told Tom Bradby of ITV that the first year of her marriage with Prince Harry was not what she has imagined. She described it as "hard," but she's been trying hard to adopt what she refers to as the "British Sensibility." She always reminds herself that she has to have that upper lip stiffness as a form of coping mechanism.

Markle also recalled the time when she had her friends meet the Duke for the first time. They were all happy for her because they saw how happy she was. However, a British friend told her that she should stop seeing the Duke. That friend also told her how much the British tabloids will do anything to destroy your life.

Later, she told Bradby that her American sensibilities had left her "very naive" about the tabloids. In hindsight, it was only now that she realized why a good friend would warn her like that.

Tom Bradby, a news anchor at Ten, had the chance to do a candid interview with the royal couple as he traveled with them to Africa with their son Archie. They were there for a 10-day tour for an exclusive ITV documentary.

Prince Harry, on the other hand, had a lot of experience with the British tabloids. Unlike his wife, he knew the kind of stories the local newspapers come up with. He admitted that their intrusion of the press can sometimes hurt, especially when it is not true.

Nonetheless, the Duke of Sussex was firm in saying that he wouldn't be "bullied" by the game that killed his mom. Princess Diana was killed in a tragic car accident as she was trying to flee the paparazzi.

Even before they headed to the Angola Minefield -- where the cameras captured his emotions as he retraces the footsteps of his mother -- Prince Harry said that everything happening to his wife now reminds him so much of what his mother had to go through. Twenty-two years after her death and still, the Duke of Sussex remembers his mother so fondly.

He also said that the media is too focused on his life as a member of the Royal Family and the pressures that come with such association.

The Duke and Duchess of Sussex may be the center of controversy at the moment, but they are hand in hand in facing all the drama. Meghan Markle may be "naive" with the sensibilities that run the British Tabloids, but she's got her hand on something she really wants -- a marriage with Prince Harry.