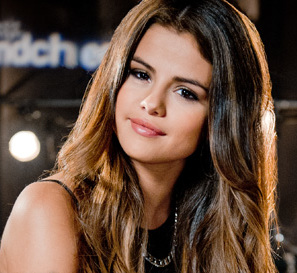 After living a "super, super single" life for the past two years, Selena Gomez is now open to finding a new love.

A source of Hollywood Life revealed that the 26-year-old star is willing to open her heart again, although it was not her huge focus as of now.

"But she does have a wish list," said the source. "She knows what she's looking for."

The said source placed Gomez's list into details. Of course, Gomez wants to have the spark -- as most romantics would often dream of having -- but a serious relationship requires a lot more than that.

"She wants a real and mature love, a partner that she can connect with on every level, someone that's not afraid to get really deep with her because when she loves, she goes all in," the source explained.

Gomez also wants a guy who is "very secure in himself'' and "confident but NOT cocky." On top of it all, she wants to have a complete, total trust. That was the number one requisite on her list, the source revealed. If she begins to have a grain of doubt, she'll readily step out of the picture.

Another thing Gomez requires is for her future man to respect her other existing relationships. She wants a man who would understand the importance of her girlfriends and her family, and "be cool" with the fact that they are a huge part of her life.

The source added: "She trusts their opinions more than anything so he'll have to get their stamp of approval too."

No Rush for Selena

Gomez knows exactly what she wants. However, she is currently in the position where she "knows her worth" and "feels very empowered as a single woman." She isn't all stressed up about finding a new love, clarified the source.

Another source reiterated such fact to Hollywood Life. According to the report, the 27-yearold singer is not on a rush, for she is aiming to "be the best her before she gets the best of someone else." She knows all too well that the process would be long and difficult, and she is up for the journey.

As of now, however, there is nothing going on between her and anyone.

In the Oct. 25 episode of the "Zach Sang Show," Gomez revealed that she has been "super, super single for two years."

Gomez had a complicated timeline with ex-boyfriend Justin Bieber, with whom she had been in an on-and-off relationship for almost a decade. In 2017, the songstress began dating The Weeknd after their split from their respective relationships.