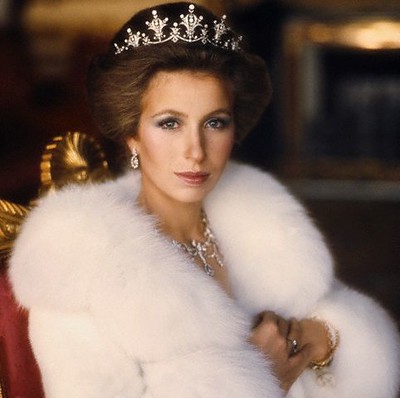 A 10-Year-Old Princess Elizabeth Alexandra Mary did not have it in her thoughts that she would become Queen one day. After all, when her grandfather George V died in January 1936, it was her uncle Edward VIII who ascended to the throne.

When her uncle abdicated to marry, Elizabeth's father George VI became King. While she had other uncles, her being the firstborn of the British monarch made her first in line to the throne.

Queen Elizabeth II was only 27 when she ascended to the throne. Her firstborn son, Prince Charles, is being groomed to succeed her.

Just like how Queen Elizabeth II succeeded her uncles when her father became the monarch, her grandson Prince William also succeeds the Queen's two sons Prince Andrew and Prince Edward.

However, one can't help but think about the female successors to the throne. Who among the British royals could be Queen one day?

Prince William's firstborn daughter is the first in line among the female successors. She succeeds her younger brother Prince Louis through the Succession to the Crown Act -- the decree which places prominence on birth order, not gender for succession.

The great-granddaughter of the Queen may rule one day, but her chances are slim.

Right now, her grandfather, her father, her older brother Prince George, and George's future children are more likely to become kings and queens.

The Queen's granddaughter is the second female successor. She is the firstborn of Prince Andrew, second son of Queen Elizabeth II.

Lady Louise is the firstborn of the Queen's third son, Prince Edward. She is also the youngest granddaughter of Queen Elizabeth II.

The second child and only daughter of Queen Elizabeth II and Prince Philip was once second in line to the throne. When the monarch had more children, her sons were placed higher in the British line of succession.

Princess Anne was pushed further down the line by her grandnephews and great-grand nephews and nieces.

You may be wondering, but Princess Charlotte ranks higher than her brother Prince Louis. The Succession to the Crown Act is only applicable to royal family born after October 28, 2011.

Princess Anne's granddaughter is second in line to her in the royal succession. Anne's son, Peter Phillips, ranks higher than Savannah.

The great-granddaughter of the Queen preceded her aunt, Zara Tindall, daughter of Princess Anne. Tindall has two daughters, Mia and Lena who are also successors to the throne.

The Queen's niece, daughter of the late Princess Margaret, caps our list of female successors to the British throne.