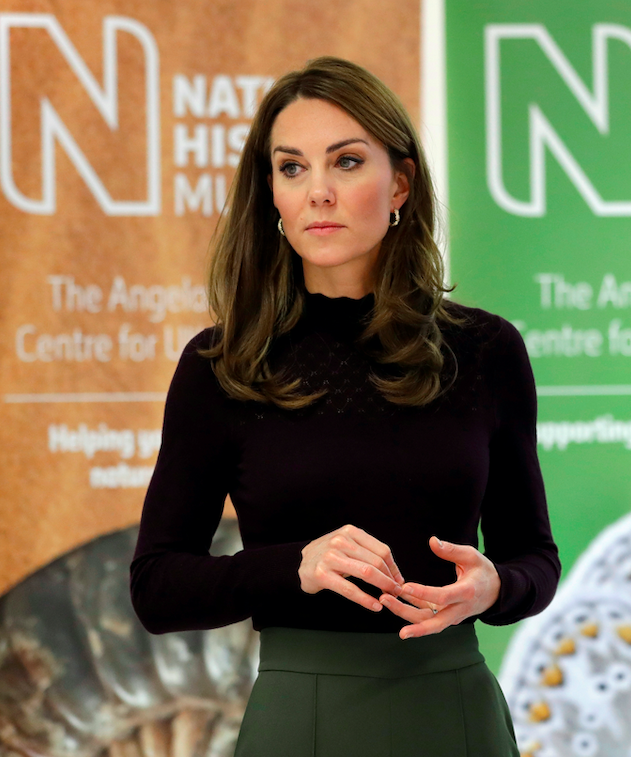 Prince William and Kate Middleton are currently proud parents to Prince George, 5, Princess Charlotte, 4, and Prince Louis, 1. It seems like they already got their hands full.

The Duke and Duchess of Cambridge have always been vocal about wanting a more prominent family, but are they ready for baby number four? Is there a baby coming?

Kate has been consistently speculated to be pregnant with their fourth child. Express Online reported that while the couple was on a trip to Northern Ireland, the Duchess sent the royal fans into a frenzy when she said she was feeling "broody."

The Duchess of Cambridge encountered a five-month-old baby and his father in the crowd. Kate then told the father, "He's a charming little boy. He's so diddy. Makes me very broody."

When the father asked if they were planning to have a fourth baby, she replied, "I think William might be slightly worried."

A report from Us Weekly stated that the Duchess would love to have one more child with Prince William after seeing how well George, Charlotte and Louis get along.

Us Weekly's source said that the kids enjoy playing together and being creative.

"They enjoy painting, baking, and building things. All the activities they enjoy. Now that Louis' a bit older, he gets involved too," the said source revealed.

Their source added that "Princess Charlotte's extremely confident and loves attention, whereas George is a bit more reserved, although he is starting to come out of his shell."

The siblings do occasionally fight, the report said, but it is usually over silly things like what toys to play with or what TV shows they want to watch. Most of the time, however, they get along well.

At 18-months-old, Prince Louis is determined to be a real "mom's boy."

While Kate has taken naturally to being a mother, there have been problems with her first three pregnancies. She suffered from hyperemesis gravidarum, which is a severe type of morning sickness.

This even led to her missing Prince George's first day of school.

However, it was recently revealed that Kate and Prince Williams may not plan on having another child because of changes to royal rules in recent years. The provision specified that the next six heirs in line for the throne would be required to request authorization from a reigning monarch to marry a selected spouse.

Because of their rare positions in line for the throne, Kate and William -- who will one day be King and Queen Consort -- may not want to have more kids so as not to have to implement different rules to their own kids.

Once Prince George and Princess Charlotte have ample kids to take up those six spots before Louis weds, then he will not need to request the same consent or be held to the same requests as his siblings.

READ MORE: Kate Middleton Spotted At A Bar: Is She Rebelling Too?