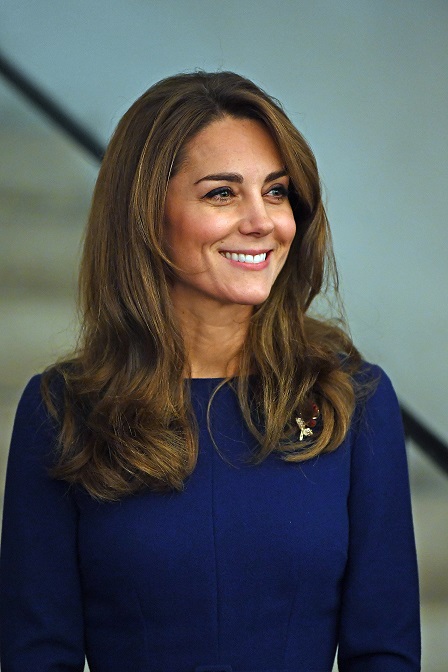 Whoever thought Kate Middleton cannot do it all is probably mistaken. The royal mom, despite her royal duties, always puts her kids first.

This time, the Duchess of Cambridge has signed up her youngest child, Prince Louis, in a weekly singing class.

If Meghan Markle enjoys taking Prince Archie to a playgroup, Kate Middleton has taken the playgroup idea a notch higher. She signed up Prince Louis to a music toddler playgroup. What is even cooler is that both mother and son are a singing and dancing duo alongside all the other families in the group.

The royal mom of three has found time to take the one-year-old Louis to a music group that has a cheeky monkey puppet. The weekly class costs $15 and reports say that the Kate is loving the music class depsite getting "stuck" in it.

The Duchess of Cambridge and Prince Louis are likely to take the Heigh-Ho class, as it is recommended for babies 12 months and older. According to the official website of Monkey Music, they use color props to target the visual memory while the repeated actions help establish a steady beat.

"Moving and dancing freely around the room with Music Monkey encourages your child to express the music that they hear with their whole body," according to their official website.

For 23 long years, Monkey Music has been offering classes across the U.K. to children three months old up to four. The focus of every class is to expose young children to percussion instruments and live singing.

The parents and guardians are encouraged to sing and dance with the children in the group circle. The monkey puppet is called on by the instructor to take over some parts. The theme changes every week.

This is not the first time that super mom Kate took her kids to attend group classes. Last year, she was spotted taking Princess Charlotte to ballet class in a dance school in the South of London. She is also a hands-on mom, dropping off her two older kids, Prince George and Princess Charlotte, to school every day.

Kate also never misses out of parent meetings at school.

The Duchess even took her kids shopping at a local supermarket days before Halloween. A fellow shopper overheard her asking her children what they wanted to dress up like for Halloween. In one of her interviews, Kate emphasized that she wanted her kids to grow up normally despite their royal status.

Kate wants her children to have a childhood much like hers -- simple yet fun.

In fact, a few weeks back, Middleton was spotted attending a parent's socialization at a local bar. She sneaked in through a secret door. Earlier this year, she also quietly attended a meeting in a fee-paying school about the importance of mental health.

At royal events, Kate Middleton never fails to look sophisticated and regal. But when it comes to her children, she is just like every other mom in the neighborhood. She wants to be there for her children, every step of the way.

Kate Middleton may be handling royal duties here and there, but she never fails to try to be the best mom for her kids.