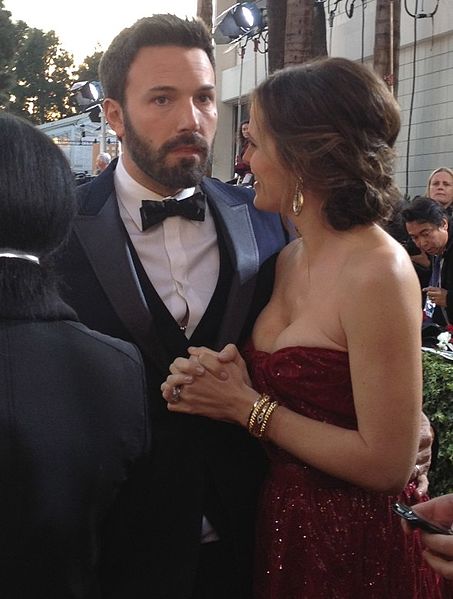 Ben Affleck and Jennifer Garner are a picture of happiness as they celebrate their daughter Violet's 14th birthday.

On Sunday, the ex couple were seen with their children seemingly shopping for a Christmas tree. It was a touching sight to see that both Ben and Jen are happily spending quality time to mark their daughter's birthday.

An insider told People that this was not the first time that the ex-couple had come together and looked so happy. The two have done this in the past. On the day they were seen, the family got a tree, decorated it together, and went out to watch a movie, the source added.

After the sad news of his alcohol relapse, Ben Affleck is reportedly now in a much better place. Ben never looked better than when he returned to Los Angeles to be with his kids for Thanksgiving.

In a candid interview early this year, Affleck admitted to Hoda Kotb of Today how thankful he is to have Garner in his life. Although they are no longer together, he feels blessed to be co-parenting their children with her.

The "Triple Frontier" actor said that "when someone becomes the mother of your children, they instantly become the most important person in your life." The actor added that his life is good because Jennifer is the mother of his children.

Ben and Jen have built a really strong relationship together. According to reports, "Jennifer has been really supportive of Ben" and that the two are working closely together to the best parents to their children.

Affleck and Garner, both 47, share three kids, Violet, 14, Seraphina, 10, and Samuel, 7. Both of them are really working hard to be there for the kids, and this special weekend was just an example of how they try to do it.

Ben in a Better Place

Garner and Affeck finalized their divorce in October 2018. Yet, the two have remained good friends. In fact, Jennifer was the first one to be there for Ben when he went through relapse after getting out of rehab for alcoholism.

A source close to the ex-couple told People that they are "in a good place." They have a lot of love for each other and that has put the family first, the source added.

Although there were rumors that Ben Affleck ditched Thanksgiving this year to be in the Bahamas, the People source added that the family was together in Los Angeles for the special family holiday. Affleck apparently flew from New Orleans, where he is currently working on the film "Deep Water."

Despite the good relationship between the two, though, it seems that both of them have decided not to pursue any romantic relationship anymore. They are happily working together as parents to their three children.

At the moment, Ben Affleck is trying to deal with his alcoholism. Luckily for him, ex-wife Jennifer Garner is there for him in times of need like this one.

Jennifer was the one who brought Affleck to the rehab to get professional help. Since then, she has been there for him every step of the way.

Are they better as friends? This friendship really means their family well.