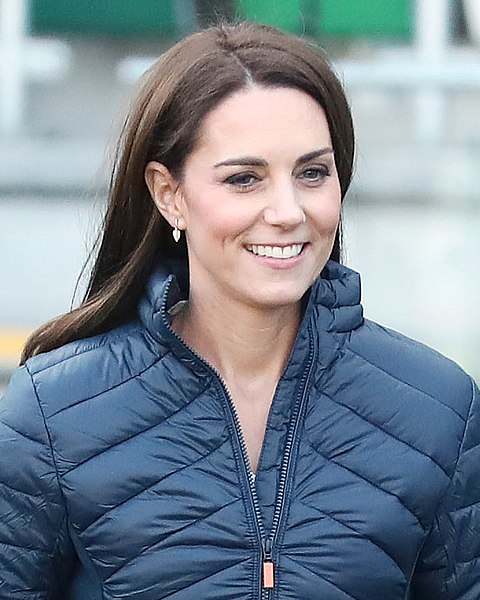 Kate Middleton is taking her sweet time dusting off her tiara as she prepares to host a diplomatic event alongside the Queen.

Which tiara would she choose?

Apart from the rare tiara moment, the Duchess of Cambridge will be adding a new regal accessory as she attends a diplomatic event in the royal calendar. The Annual Diplomatic Corps will be hosted by Queen Elizabeth II at Buckingham Palace next Wednesday.

The royal family is expected to wear their most glamorous regalia. For Kate Middleton, this will likely be the event where she will be seen wearing her go-to pearl and diamond tiara. This time, she will also be wearing the new sash that symbolizes her role as a member of the Royal Victorian Court.

The loving mom of three would look nothing less regal wearing the Lover's Knot tiara. She has been seen wearing it all too often that the tiara has been named the Cambridge Lover's Knot.

The sparkling topper has become her personal favorite. The design includes pretzel-shaped knots covered in diamonds with pearls hanging in between. Princess Diana, the later mother of Prince William, also loved wearing the said tiara.

Kate's Cambridge Lover's Knot has been commissioned by the royal jeweler Garrard by Queen Mary in 1913 and 1914. It is more than a century old but remains to be a beauty. It is actually a replica of the original tiara owned by Mary's grandmother, Princess Augusta of Hesse.

If indeed, Kate chooses to wear the Lover's knot tiara, it will be the fifth consecutive time she will be wearing it. When she helped welcome President Trump and his family in a banquet hosted by the Queen in June of this year, she was wearing this tiara.

Middleton looked lovely. It was also the same banquet where Kate proudly flaunted the blue sash bestowed upon her by Queen Elizabeth II.

The Royal Victorian Order is a gift from her majesty to those who have served her well. The award was established in 1896 by Queen Victoria.

Most of the royal women will be wearing their sashes in this diplomatic event and Kate will likely be one of them. With her yellow badge that symbolizes the Royal Family Order, given to the royal mom by the Queen in 2018, Kate will surely look regal.

Last year, the Duchess of Cambridge was wearing an off-white tulle dress by designer Jenny Packham. It was adorned with crystals and sequins. To complete her look, she wore the Lover's knot tiara and a diamond bracelet on loan from the Queen.

The Collingwood diamond and pearl earrings, which used to belong to Princess Diana, made her achieve the look of true royalty.

The much-anticipated white-tie gala has a long list of guests approximately around 1,000 people. It is a well-attended event by ambassadors and diplomats all over the world who are based in London.

Whatever tiara Kate Middleton chooses to wear will definitely look good on her. Though everyone is expecting the future queen to wear her favorite.