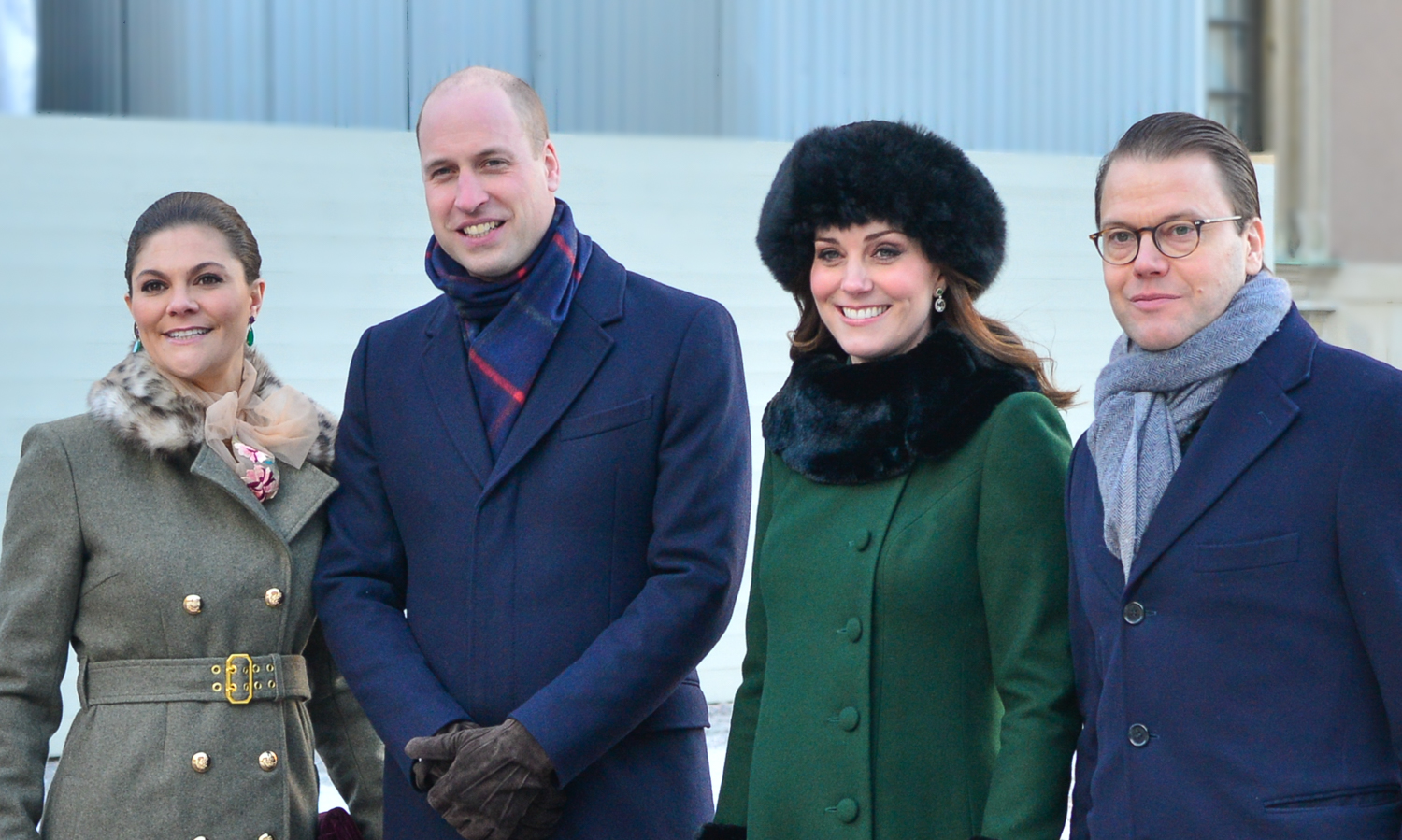 It was around the holiday season last year when Prince William playfully teased his wife's fashion sense.

The Duke and Duchess of Cambridge were military officers at the Royal Air Force base in Cyprus. After the order of the day, everyone gathered round the Christmas tree for a photo op.

In a candid moment, the Duke played a joke that had everyone ready to say cheese. It was Kate Middleton that William spotted as the perfect recipient of the joke. With a chuckle he said that Kate camouflaged against the Christmas tree!

Kate, who donned an olive-green blazer, dissolved into laughter.

Here's How You Wear Green on Christmas

Now, it was Prince William's turn to wear green without looking like the Grinch. And oh, he nailed it!

While Kate always had our eyes on her tailored and elegant style, it was William now who looked fashionably-dressed!

The Duke looked dashing in a green velvet jacket worn over a white shirt with black tie. He stuck with black pants to complete the ensemble.

That green velvet jacket looked a lot like what Prince William wore in his bachelor days. He was spotted at the Mahiki club wearing a similar suit with jeans. However, we are certain His Royal Highness did not just repurpose the same jacket to wear to a black-tie event

The event was Centre Point's 50th Anniversary at the Roundhouse. The Duke is a long-time patron of the charity, as he advocates to provide shelter and support for the homeless young people in the U.K.

Rita Ora, who sang at the event, graciously complimented the Prince and told him she loved his suit. A member of the charity called William's look as "very urban."

Indeed, the dress code for the charity gala was "urban glamour," so the Duke tried to keep up.

The Duke of Cambridge attends at @centrepointuk’s 50th-anniversary gala at The Roundhouse in London tonight. #DukeOfCambridge #PrinceWilliam pic.twitter.com/O7fpPxA9eb — The Duke and Duchess of Cambridge (@Cambridge_Fam) November 13, 2019

William's cousin, Princess Beatrice of York, was also there. Bea looked glamorous in a black gown with floral embellishments. She styled her hair with a pearl headband and rocked a pair of velvet boots.

The Yorks' family friend, Ellie Goulding, also sang at the charity gala. Goulding previously sang at Princess Eugenie's wedding reception. She then invited the Yorks to her wedding early this year.

Meanwhile, the Duke of Cambridge gave a speech at the event. He revealed that he was upset that in 2019, youth homelessness remains a problem in the U.K.

However, William recognized Centre Point's essential role among young people who are at their lowest point.

"It is reassuring to know Centre Point's team is there to help," the Duke of Cambridge said