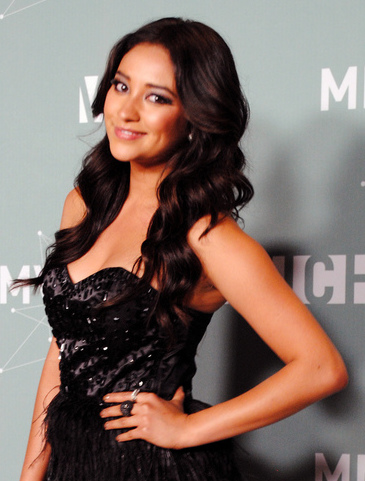 If there is one thing we should learn about using social media aside from "thinking before you click," it is to never mess with first-time moms who just gave birth and probably missing some sleep, hormones shooting up all over, never got a decent bath, and exhausted.

In short, never mess with a mom at all. Just nope, Nah-ah, never! Because chances are, you will get what you never asked for.

Just like what happened to this random Instagram troll who seems to have all the time on her hand and took a minute to get a swipe at celebrity mom, Shay Mitchell.

On Monday, Dec. 10, the "Pretty Little Liars" actress broke the internet after posting an ultra-glamorous photo of her while breastfeeding her two-months-old baby girl, Atlas.

In the Instagram photo with now over 3 million likes, Shay is in full Queen B mode in glam makeup and wearing an emerald green robe (which she credited to celebrity stylist Monica Rose). She kept the dress open to show off her breastfeeding bonding moment with her daughter.

In true Shay Mitchell witty fashion, she posted the photo with a caption, "Breast friends." Fellow celebs flocked at the former "You" cast, sending some love and praises to the newest hot momma in town.

Atlas' mom also received admirations from followers who applauded her way in sending a message that breastfeeding is normal, beautiful and nothing to be ashamed of.

However, despite the 3 million likes, one Instagram troll expressed disappointment on Shay's gorgeous photo, saying that it is just the actress' way of "getting attention."

"I'm a fan of her, but this picture just says, but it's an attention-getter. She's not even looking at the baby, she's not connected with the baby she's connected with camera," the random Instagram user said.

Shay immediately fireback to the troll and said: "I missed the part in the baby books that stated I had to maintain eye contact with my daughter while she feeds rather than capturing an amazing moment we were having.

"Pls let me know where I can download your parenting manual; I'll get right on it!' she added. And that, ladies and gentlemen, is the tea. More followers applauded Shay's move to shut down the troll and continue with her goal to normalize breastfeeding.

It could be recalled that Shay chose to keep her pregnancy private until she reached the sixth-month mark. In an interview, the actress explained that her previous miscarriage prevented her from sharing the good news too soon. She said that she wanted to be sure this time before announcing to the world about her baby.