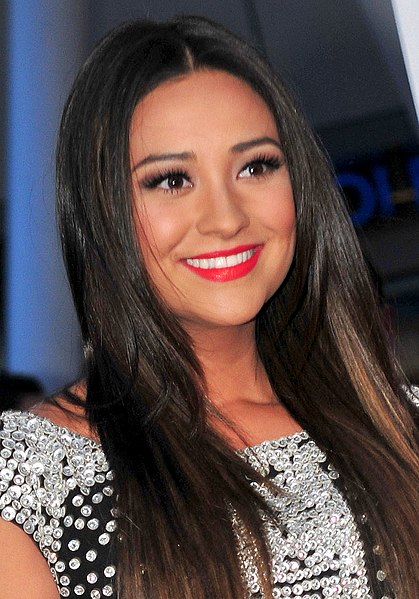 Shay Mitchell and boyfriend Matte Babel welcomed their baby girl into the world. Apparently, there is an interesting story why they named her Atlas.

In an exclusive interview with Vogue, the actress opened up about motherhood and how it brought feelings she has never felt before. Interestingly though, she started her narrative by sharing how they decided to pick their name of their daughter.

Mitchell said that a good friend of theirs shared her list of baby names she made a year ago. When she recalled and said Atlas, the mom-to-be looked at her boyfriend Matte and they both had that knowing smile. She screamed '"Oh my Gosh!" and that was how they knew they have found the perfect name for their unborn child.

For what it's worth, Mitchell is a tavel buff and atlas, of course, is a colelction of maps.

Shay Mitchell documents her travels on her Youtube channel, so it was only fitting that her daughter was named Atlas. She shared that whenever people asked them if they already had a name, they would often say that they were still looking.

"We didn't want people to know yet," Mitchell said. Both Matte and Shay wanted to keep the baby's name to themselves until it was the right time for a reveal.

Besides sharing the story about the name, the former star of "Pretty Little Liars" also described her first few weeks as a new mom.

Mitchell claimed that she has never felt so calm in her entire life until now. She told Vogue that since she gave birth, she felt that she has been more present, looking at her daughter every single day. Nonetheless, ther is that feeling of surprised on how fast time flies just when she wanted it to slow down.

Motherhood in Hollywood isn't motherhood without its controversies, though. When asked about how she deals with the negative comments she received after being spotted at Drake's 33rd birthday party, just a few weeks after her daughter Atlas was born, she said that she felt a bit concerned about how fast people can pass on judgments.

Mitchell emphasized that people know very little of her life, yet they have so much to say.

However, Shay clarified that the accusations thrown at her and Matte never really affected them. After all, they are extremely happy about the new addition to their little family that the negative commentaries do not matter.

Atlas, the new baby girl that strengthened the love between Shay Mitchell and Matte Babel, is certainly a name that has taken them to worlds beyond.

READ MORE: No Break: Shay Mitchell Mom-Shamed So Early For This