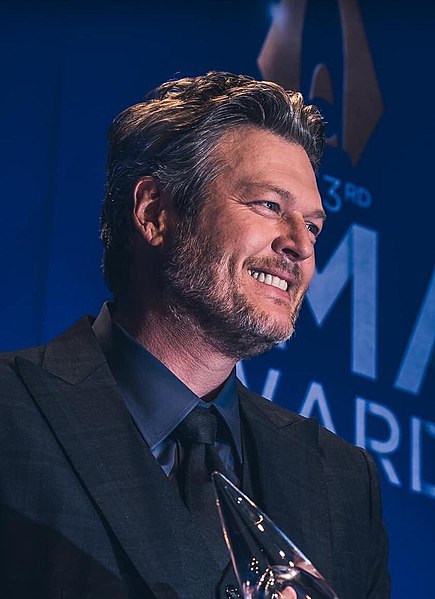 Blake Shelton has been nothing but a good partner to Gwen Stefani. Now, he has taken things to a whole new level by introducing a rather "adventurous" life to Gwen's boys.

Is he becoming the boy's extra special dad?

Having been together for four years now, Gwen Stefani and Blake Shelton have been asked when they plan to settle down. Blake has shown great love to Gwen as well as to her three sons. He has stepped up to become a second dad to the kids, and he is loving the experience.

Gwen has recently teamed up with her beau for a new song called "Nobody But You." It is one of the featured tracks in his album to be released on Friday. During an interview earlier this year on Today, Gwen said that Blake has been helping her a lot. She admitted that she sometimes would ask Blake to come because handling three kids can be overwhelming for her.

Early in the relationship, the family of Blake and Gwen instantly became a hit. In fact, they are a picture of a "one big happy" family. It has been like that for them ever since. Everyone will be traveling to Oklahoma to spend their holidays there and get together with their extended families.

It is not just Gwen that Blake seems to enjoy things together. Blake also loves spending time with the boys. They are like-minded and they feel comfortable around each other, a source of PEOPLE said.

Stefani often talks about how Blake Shelton saved her from a heartbreak and made her believe in love again. Indeed, those close to her could say that Gwen is in a much better place right now because she is with Shelton.

The country star, whose new album "God's Country: Fully Loaded," will be released on Friday. This is another milestone he gladly shared with Gwen.

What is even better about Blake is that he has also embraced the idea of fatherhood to the three sons of Gwen, namely Kingston, 13, Zuma, 11, and Apollo, 5.

While staying respectful to the kids' father, Gavin Rossdale, Shelton also plays a huge role in raising the three in the last few years. A reliable source told PEOPLE that Shelton can be described as a fun father. He has shown Gwen's kids the kind of life that's full of adventures.

"The Voice" coaches often head to Tishomingo, Oklahoma, during weekends and school breaks. They spent time at Shelton's ranch.

The boys have really grown significantly because they spend so much time with Blake, the source added. Shelton brings so much joy to the life of Gwen that the kids could see.

The best part is that Shelton is ready to take on more responsibility, which means only one thing: the country singer might be ready to wed the love of his life.

Is Blake Shelton ready to take this to the next level? Fans will just have to wait and see.

READ MORE: Gwen Appears to Have Revealed Her Engagement With This!