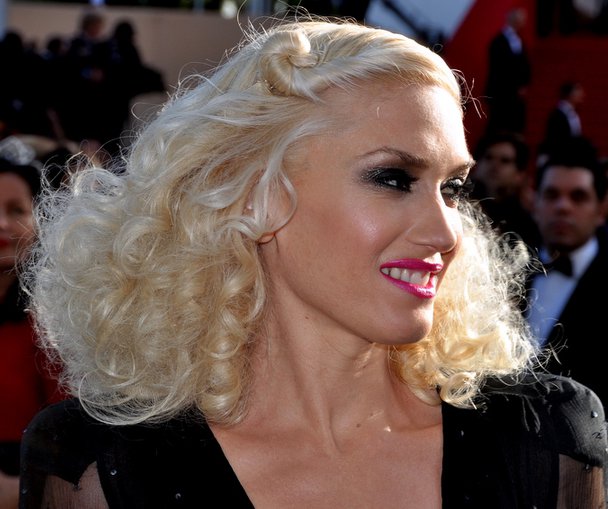 Gwen Stefani has finally made an announcement ... well, sort of?

When the singer came to the 2019 People's Choice Awards in Santa Monica, California on Sunday night, she looked ever so beautiful in a Vera Wang dress. But what truly caught the attention of her fans was the huge diamond ring she was wearing on the right finger.

The singer has been exclusively dating vountry muisic star Blake Shelton. Their relationship has been strong over the past four years, and several news of them getting married has been in the air. Unfortyunately, no confirmation of engagement has been made until now.

"Yes it is a real ring and yes it is a diamond ring," the Voice coach confirmed to E! News.

However, Gwen clarified that it is not an engagement ring. She said that she was wearing it on the right finger because it would not fit in the other finger over the gloves.

The singer then said that if she has something to announce, she will definitely tell everyone about it.

While Gwen might not be celebrating an engagement yet, it was still quite a special night as she was honored with the 2019 Fashion Icon Award. She is the second one to receive such a distinct honor. Last year, the first to receive the award was Victoria Beckham.

"Wow, this is hard to digest. I have always loved fashion. It is one of those instinctual things," Stefani said during her acceptance speech. She also noted that when she was younger, they would go to the fabric store and pick out different looks. Her grandma would surprise her with a prom dress when she got home from school. Fashion has always been a part of her life that's why she's surprised to have been given such distinction. "It's just what I do," Gwen added.

While on stage, the "No Doubt" singer also gave a special shout out to the boyfriend. She raved, "I love you, Blake Shelton." She then thanked her loved ones and fans for their unending support.

When Blake and Gwen's divorces were finalized in 2015, their fans wished the two would end up together. Their romance has always been on the news with Blake joking about how more surprised he is about his romance with Gwen Stefani than being named as People's Sexiest Man Alive in 2017.

Blake confirmed that it was during the second season of the Voice that they were able to really bond. He said, "We've been through a lot and a lot has happened in both our lives." He was alluding to both Gwen's divorce with ex-husband Gavin Rossdale and his announcement of separation from Miranda Lambert.

When are these two going to tie the knot? Only they can truly say. For now, Gwen's fans can sit still and watch her fall in love with the man of her life over and over again.