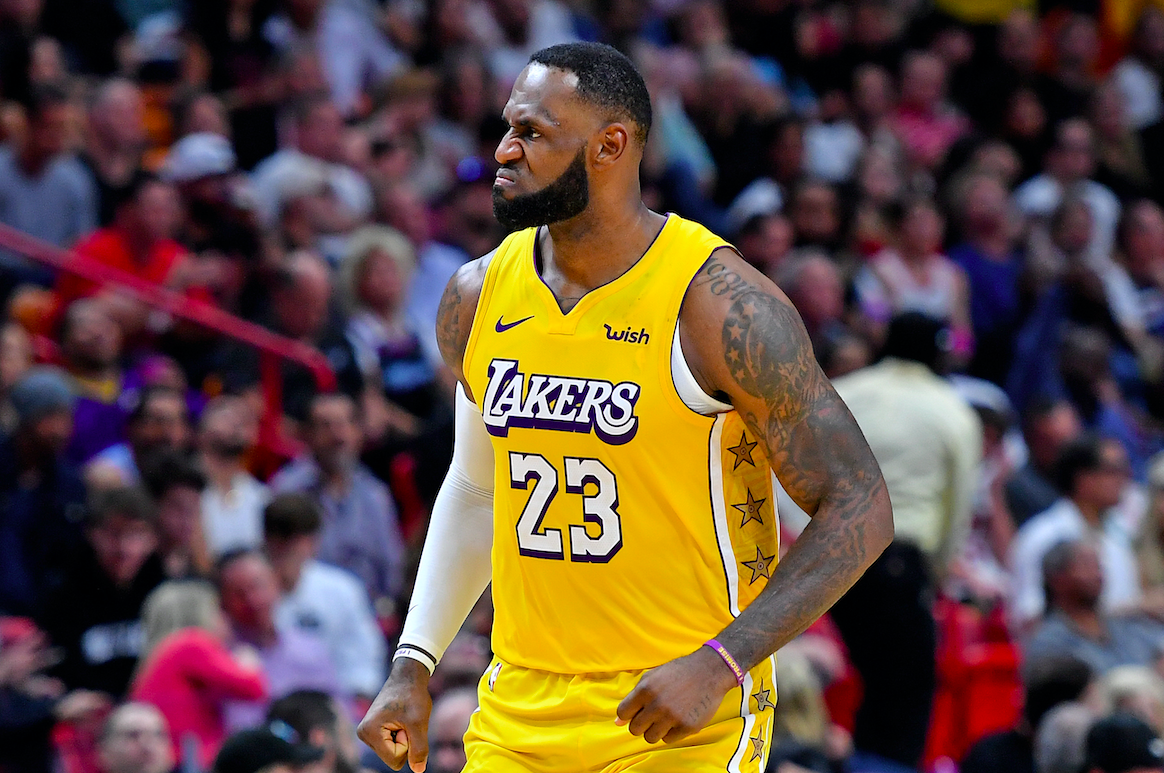 NBA superstar LeBron James is apparently just like any parent out there when it comes to their kids: they are very vocal and incredibly supportive of them in high school games.

On Saturday, LeBron was seen jumping up and down as his son Bronny, 15, played for California's Sierra Canyon Trailblazers. The Los Angeles Lakers star was yelling tips of encouragement from his courtside seat as the Trailblazers took a first-half lead against his alma mater, St. Vincent-St. Mary.

Similar to how his mom treated him when he was younger, LeBron told Rachel Nichols of ESPN that he had to apologize to his mother because now, he is also a loud parent just like she was back in the day.

He added, "I used to be like 'Mom, you gotta sit down. What are you doing? You [are] embarrassing me!'"

LeBron said that his mom was actually at that particular game, so he has apologized "to her face."

"I know exactly how it feels to be a parent watching your kid play. So yeah, I've apologized," the Lakers superstar furthered.

LBJ also admitted in the interview that he is not ashamed with his sports dad antics since, at the end of the day, it is all about supporting his kids.

Bronny led the Trailblazers to a 59-56 victory. He scored 15 points off the bench and was named the game's Most Valuable Player, as he was able to hit a clutch-go ahead layup with about 50 seconds left in the fourth quarter. It was his best game of the season.

This match was close to home for LeBron, who led the Irish to three state titles in four years, bringing their games to the airwaves of ESPN and the pages of Sports Illustrated.

There were 400 media professionals at the court on Saturday to witness every pass, dribble, and shot of the King's first-born son, who would likely have worn an Irish jersey had the family not moved to the West so LeBron could play for the Lakers.

Nearly 20 years ago, LeBron put Akron's St. Vincent-St. Mary High School on the map and has donated over $2 million to the school -- where they used the money to renovate the gym that now bears his name.

LBJ also wrote a check for $250,000 for the athletes' and band members' new uniforms. He also helped put his best friend Willie McGee as the school's athletic director.

Zach Fleer of the 270 Hoops said that it was first assumed Bronny would stay in Ohio to play at St. Vincent-St. Mary to "carry on the tradition since he is among the elite players.

"Right now, I think he is a better shooter than LeBron was at that age. He's 6-foot-2 now. If he stretches out to his dad's size, there's no telling how good he can be."