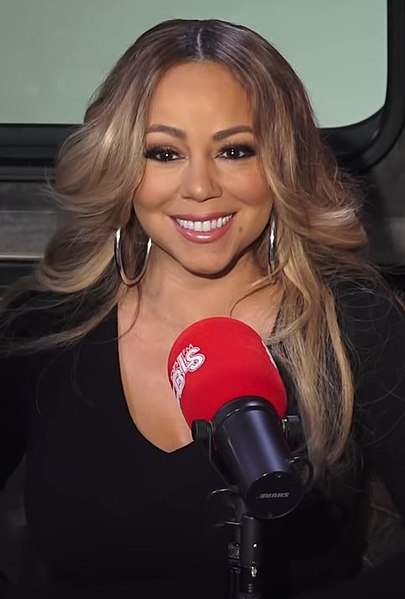 In 2019, Mariah Carey received a very special award that named her the most successful artist of all time. However, the ticket sales of her comeback show "The Butterfly Returns" is saying otherwise.

The singer, 49, is planning to stage a residency show in Las Vegas in February. "The Butterfly Returns" comes with eight days listed in its roster. However, the ticket sales for almost all the shows have failed to reach nearly half for every date. There are still a lot of seats available, and it seems to be saying a lot about Mariah Carey and her appeal to the public.

The Struggle is Real

For the February 14 and 15 dates scheduled at Caesar's Place, the weekend shows still has about 1,200 tickets available. RadarOnline reported that the ticket sales for the weekday shows are much worse.

On Wednesday, Feb. 19, almost 80 percent of the tickets have not been sold. This by far is the highest number of unsold tickets for a Mariah Carey show in Las Vegas in the singer's history.

Although in the Summer of 2018, Mariah Carey also experienced troubles in ticket sales. In fact, they were so low at that time that most tickets were sold at several discounted sites like Seat Geek and StubHub.

There is a struggle to sell tickets at this time, perhaps because of the tight competition. And although Mariah Carey is one of the most established artists of all time -- with awards and recognition to back up her name -- competition with new artists still greatly affects not only her ticket sales but her popularity among the paying crowd.

Is it time for the "Butterfly" to give its last hurrah? Will Mariah Carey retire from singing after the impending flop of some of her shows?

It really all depends on perspective. The generation that loved Mariah may not be interested to see her perform live anymore, but her music definitely lives on.

In comparison to the Ariana Grande's "Sweetener" worldwide tour whose tickets were sold out in just minutes after it was made available, Mariah Carey's shows still have a lot of tickets to dispose of. The average price of each ticket sold by Ariana Grande was $275.

Although there has been no news about what is going to happen or how what the ticket status at the moment would lead to, it seems as if Mariah may need to cancel some shows.

The struggle to sell tickets for concerts is real, even for a performer who has had a number one song in the last four decades.

The music of Mariah Carey has touched millions of lives around the world. The ticket sales for this upcoming concert series may not be as sky-high as they used to be, but there was once a time when all the radio plays is her music.

Carey has had four generations that listened to her heartwarming, oh-so-comforting songs. Her legacy lives on and no ticket sales could ever replace that.

READ MORE: Mariah Carey Makes History With 'All I Want For Christmas Is You'