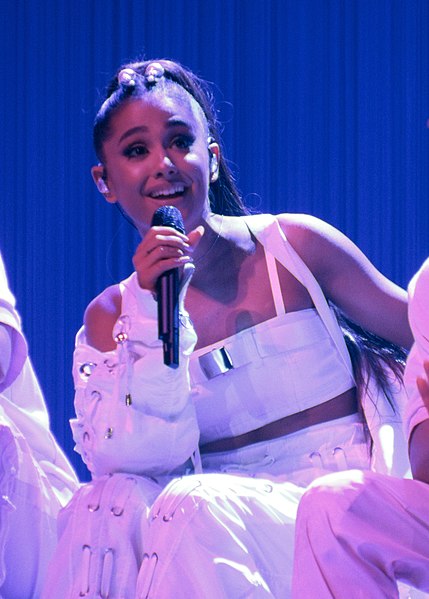 Ariana Grande was sued for allegedly stealing the lyrics and the melody of her hit song "7 Rings."

According to the allegation made by the accuser, the hitmaker ripped off the chorus from a song the composer originally made two years before Ariana released her hit song.

In the lawsuit filed against the "Thank U, Next" singer and obtained by TMZ, Josh Stone claimed that Ariana Grande's "7 Rings" hit was a rip-off from a song he wrote entitled "You Need It, I Got It." He further claimed that he wrote it in January 2017, two years before Grande recorded her song "7 Rings."

Josh Stone, a hip-hop artist by the name DOT, particularly highlighted the similarities in the chorus of his song and that of Ariana. He claimed that he wrote and recorded the song "You Need It, I Got It" and had it taken to several different music industry executives, including record producer Tommy Brown who is known for his collaborations with Grande in the production of several of her hit albums.

In the lawsuit filed, Brown was accused of lifting key elements from the original song and using it as the chorus of the "7 Rings" song of Grande. In particular, Stone pointed out that repeating lines from Ariana's song: "I want it, I got it. I want it, I got it."

The lawsuit was filed in a New York federal court through attorney Tamir Young. The allegations in the lawsuit also included a report from two forensic musicologists who have been tapped to analyze the two songs. Their report found that the notes and rhythm used in both songs were substantially similar.

"Literally, every single one of the 39 notes of "7 Rings" is identical to the 39 notes from "I Got It," according to the lawsuit filed. The findings are based on a metrical placement perspective.

If it were to be stated in a less technical way, the rhythm and note arrangement of both songs -- including their lyrics -- are identical to each other.

The suit also mentioned that the song "7 Rings" has already netted more than $10 million in revenue. Grande has yet to make a statement regarding the lawsuit. She is, however, expected to perform at the Grammy Awards next week.

The "Don't Call Me Angel" singer is set to receive five awards, two of which are for the song "7 Rings."

The suit has named the Universal Music Corp. along with Ariana and several other defendants.

The copyright in music has become one of the leading suits in the industry since 2015 since the verdict for "Blurred Lines" came out. It was only last year when Katy Perry was in a similar scenario. However, a jury member found Katy guilty of a stolen riff from Flame, a Christian Rapper who is still trying to make a name for himself.

A source connected to Ariana told TMZ that the song"7 Rings" has the same hook as that of the classic "Sound of Music," dismissing the claim of Josh Stone as ridiculous. However, the complaint filed was referring to a different part of the song.