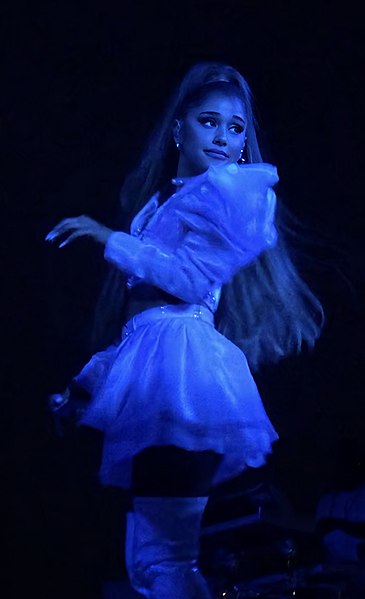 Singer-songwriter Ariana Grande has made a name for herself in the music industry. She has been known for her singing prowess, her acting skills, and even her colorful relationships.

Although she is not known to have a strong political stance, she is making that change now. Who could she be supporting for the 2020 US Presidential Elections?

Grande, like many young artists, are into music for the arts. She is not exactly the type that gets all out and political. However, some things just cannot be avoided.

This time, the young singer is taking a stance on the matter, and she is letting her fans know.

In her show in Atlanta, Georgia, Grande welcomed a famous guest in attendance at her performance: Senator Bernie Sanders, who is among the Democratic candidates vying for a nomination to represent the party in the 2020 Presidential Elections.

The two took a photo together, which Grande gladly posted on her Instagram page. In Ariana's caption, she wrote: "MY GUY, thank you, Senator Sanders, for coming to my show, making my whole night and all that you stand for."

On a set of two photos, Ariana added that she and her fans are getting involved. The singer also expressed how much she adores the senator for all that he is fighting for.

View this post on Instagram
MY GUY. thank you Senator Sanders for coming to my show, making my whole night and for all that you stand for !!! @headcountorg and i are doing our best to make you proud. i’m so proud of my fans for paying attention and getting involved. we adore you! also... i will never smile this hard again.A post shared by  Ariana Grande (@arianagrande) on Nov 20, 2019 at 12:39pm PST

Bernie Sanders, in turn, thanked Ariana Grande not only for being a wonderful performer but also for being an advocate of social justice. In his Instagram post, Sanders called on everyone to take part and be prepared to fight for everyone who is struggling.

Fans were surprised that Ariana has shown her support for a specific candidate this early. However, Sanders has done a fairly good job of rallying among young voters.

Although the two have thanked each other, Grande has yet to explicitly encourage her fans to vote for Sanders.

Grande did not stop with just meeting the Presidential Candidate, as she also partnered with HeadCount. It is a non-partisan organization that focuses on voter registration and voter education.

The "7 Rings" hitmaker recently launched the #ThankUNextGen campaign. At the venue of each of her concerts, there is a booth that will help facilitate the registration of her younger fans. If this is not political, then what is?

Over the years, Ariana has earned the admiration and respect of people from all walks of life. This time, she aims to not only inspire people with her songs but to empower them to choose the right leader for them.