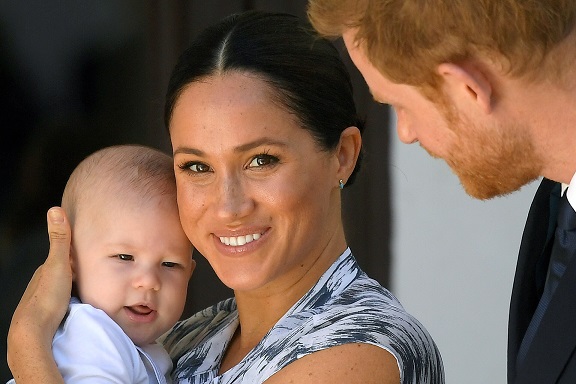 As the greatest royal plot twist of the year slowly transpire in the eyes of the public and the media, it is evident that Prince Harry is having an emotional period as he embarks on a private and independent life with his wife Meghan Markle and son Archie.

On Sunday, the Duke of Sussex delivered an emotional speech and addressed the matters surrounding their controversial decision to step down as senior members of the royal family.

During his speech at the benefit dinner for the supporters of Sentebale, a charity he co-founded, the 35-year-old Prince admitted that he is deeply saddened that they have to come with such a decision to leave the royal family behind.

Harry explained that their decision did not come easy, but they were left with "no other option" but to pursue it.

"What I want to make clear is, we're not walking away, and we certainly aren't walking away from you," Harry said.

View this post on Instagram
at tonight’s dinner for supporters of Sentebale in London Video © SussexRoyal A post shared by  The Duke and Duchess of Sussex (@sussexroyal) on Jan 19, 2020 at 2:00pm PST

After Harry's heartfelt speech, a royal photographer expressed his thoughts on the historical royal exit, which has been dubbed as "Megxit."

In an interview with ITV's "This Morning" show, royal photographer Arthur Edwards said that there is only one person happy with the turn out of events in this current royal crisis, and that would be the Duchess of Sussex, Meghan Markle.

Edwards said that it seems like Meghan is just sitting pretty in Canada with Archie while she waits for Prince Harry to join their newfound private life.

"From that speech last night, Harry's sadness came over," Edwards, who has been covering more than 200 royal tours across 120 countries, explained.

"Harry's sad, the queen's sad, Prince of Wales is sad, I'm sad, but they're still going ahead with it. The only person that doesn't seem to be sad and seems to be having a good time is Meghan," he added.

The veteran royal photographer also claimed that the 38-year-old actress-turned-royalty "has driven" this madness that bought the monarchy by storm.

According to Edwards, Prince Harry seemed half-hearted with such a decision to split his family's time between the United Kingdom and North America.

"I think he is sad. I don't think he really wants to go. I mean, what's he going to do there? He's not a showbiz person, he's not a media star like that," Edwards added.

Prince Harry's speech on Sunday came a few hours after the Buckingham Palace released an official statement confirming that the Duke and Duchess of Sussex will be stripped down of their His/Her Royal Highness titles and military appointments.

The statement also made it clear that Meghan and Harry will refrain from receiving public funds as they are no longer considered as "working royal." It also said that the couple would have to pay back the £2.4 million Sovereign Grant they spent to renovate their Frogmore Cottage residence.

Meanwhile, in a separate statement released ion the same day, the 93-year-old Queen Elizabeth II expressed her full support on Meghan and Harry's new life and said that they would remain as a "much-loved members of the family."

READ MORE: Prince Harry Regrets Royal Exit? 'We Have No Other Option!'