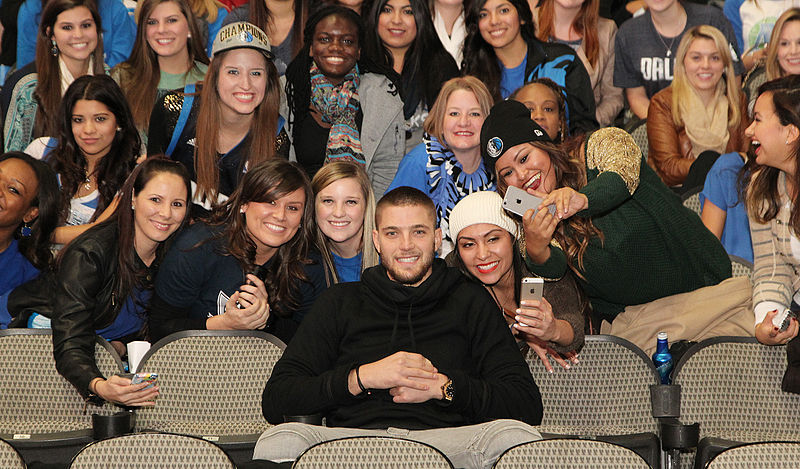 Atlanta Hawks small forward Chandler Parsons might not be able to play again. His career in the NBA might be finished after being involved in a car accident that got him "seriously injured."

Chandler Parsons just came from practice when a drunk driver hit his car.

The fateful accident happened on Wednesday at about 2 in the afternoon. Parsons was driving himself home after practice in the Atlanta suburb of Brookhaven when a car hit his and caused a major chaos on the road.

"The drunk driver created chaos on the road, endangering the lives of countless motorists, including Chandler Parsons," a statement from Parsons' legal team reads. "He now stands charged with DUI, admitted drinking, had alcohol in the car with him, passed out after causing a three-car crash at 2:00PM on a Wednesday in a busy intersection."

Parsons suffered major injuries from the car crash, including what looks like a traumatic brain injury, a torn labrum and disc herniation. He is currently working with a team of doctors, who are working on a plan to bring Parsons back on his feet.

According to the press release from the Hawks, "Parsons was involved in an automobile accident following his practice. He has been diagnosed with a concussion and whiplash and will now be entering the NBA concussion protocol."

According to Parson's legal team, Chandler is in peak physical condition when the accident happened. However, the injuries he sustained are possibly career threatening.

According to his legal representatives, the seldom-used Hawks forward is "working with a team of doctors to regain his health." However, they highlighted that his ability to return in the NBA and play again remains "unclear."

Parsons joined the Hawks for the first time this season after he was traded by the Memphis Grizzlies in the offseason. In the five games that he played for Atlanta, however, he averaged just 2.8 points and 1.4 rebounds while shooting roughly 28 percent from the field and from the 3-point territory.

Parsons was drafted in the NBA in 2011. He first played for the Houston Rockets before moving to the Dallas Mavericks. In 2016, Parsons joined the Grizzlies.

A native of Winter Park, Florida and an alumnus of the University of Florida, Parsons is not sure if he would be able to play again. His lawyers could also not say when he would be back on his feet.

Is this the end of his NBA career?  His fans, family, and friends are certainly hopeful that he would be able to recover from the accident.