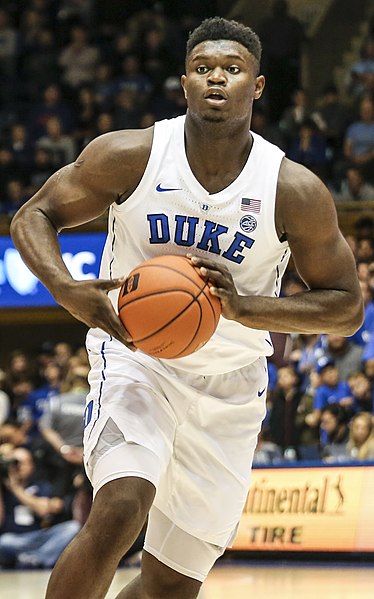 After an impressive one-and-done season at Duke, Zion Williamson has earned his spot as the No. 1 overall pick in the 2019 NBA Draft.

Since he was 16, the young phenom displayed sensationalk athleticim that got everyone interested. In fact, analysts have compared him to LeBron James.

Now, just before he debuts into his first NBA regular season games, we compiled five things that you probably did not know about the New Orleans Pelicans rookie.

NBA legend Michael Jordan grew a lot when he was in high school. Williamson, however, was not a small boy as he stood 5-foot-8 as an 8th grader. When his parents named him Zion after the highest point in ancient Jerusalem, little did they know that he would grow up as tall like a mountain.

With hard work and perseverance, he developed his skills in the game and grew to 6-foot-3 as a point guard. He now stands at 6-foot-7 and reportedly at 275 lbs.

Zion started young, and he knew at a young age what he wanted to do when he was older.

At kindergarten, Zion told his mother that he wanted to be a basketball player. He dreamt of becoming the number one player in the country. As expected, he took his goals seriously.

His family provided him with all the help he needed to hone his skills. He was the only five-year-old boy to join the AAU team for 9-year olds. Throug it all, Williamson has his parents to see things through.

Williamson may have grown 6-foot-3 before his freshman year, but he still could not dunk. The 14-year old took it as a challenge and spent his summers at the gym, working hard to improve his jumping ability.

Eventually, he was able to throw himself high off the backboard and the rest, they say is history.

For what it's worth, Hhs amazing dunks are all over YouTube.

Zion had always been a point guard before entering college.

He was a large player and rarely can one find a player like him in high school. And so his parents used it to his advantage and trained him to develop his skills as a point guard-- from ball handling, passing and court vision.

However, when he grew larger from 5-foot-8 to 6-foot-6 in a span of two years, he transitioned from point guard to a high flying forward.

Duke Was The Key

Duke has won his heart.

Wofford College was the first school to offer Williamson a scholarship to play college basketball. He was only a freshman in high school when he received the offer.

However, that was only the first one of an avalanche of college scholarships that came to his doorstep. Eventually, he decided he wanted to play for Duke University. He made his formal announcement on January 20, 2018, joining other top prospects Cam Reddish and RJ Barrett.

Zion Williamson is set to make history for himself as he finally plays in the pro. While it remains to be seen if he can live up to the hype that has never been seen since LeBron, there's no doubt that he has captured the eyes of the sports world.