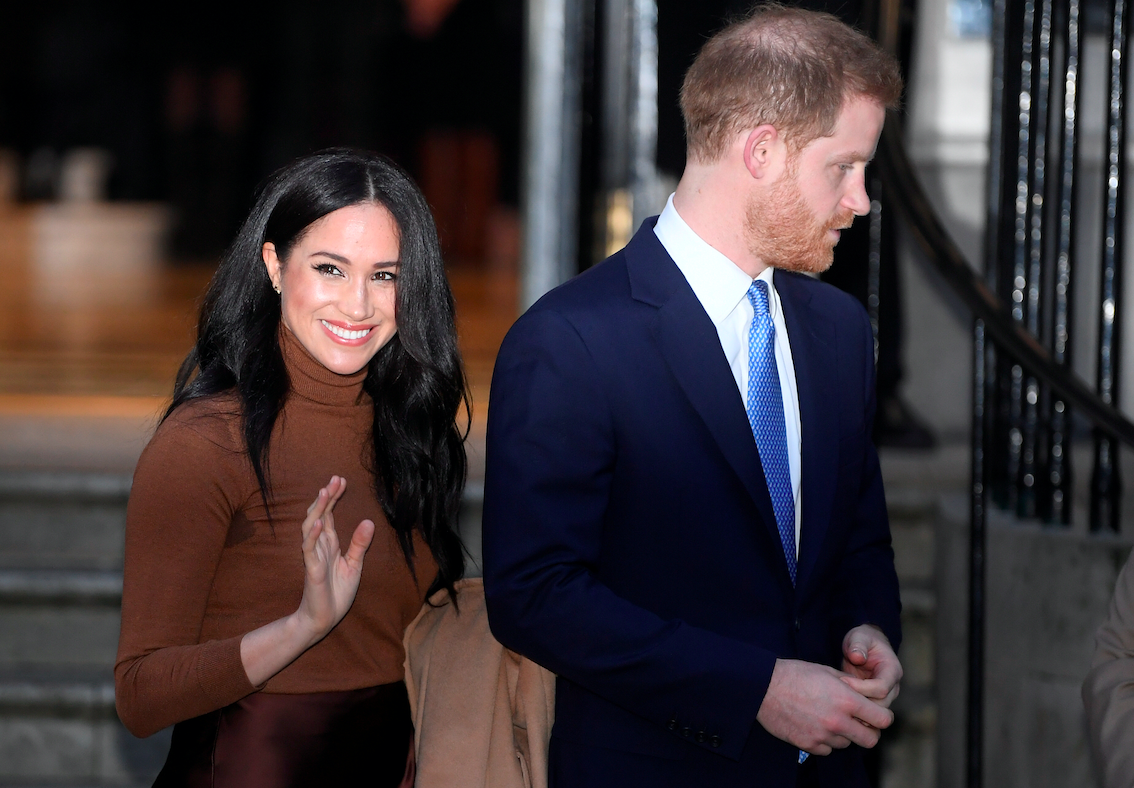 Prince Harry reunited with his wife Meghan Markle in Canada on Monday after their bombshell exit from the British royal family.

In an official statement on their website, the couple said they are working to become "financially independent" after stepping back as senior members of the royal family.

Together, they are worth $30 million. To be able to earn and support their lavish lifestyle, the couple must hustle since they will no longer receive allowances from the "Sovereign Grant."

Meghan, who was photographed taking their son Archie and their two dogs out on a stroll in Vancouver Island on Monday, is reportedly planning to build a Kardashian-like lifestyle, according to Page Six's sources.

Both the Sussexes and the Kardashians have two things in common: connections to a lot of money and their platform that could earn them millions of dollars.

What's Next For The Sussexes?

Prince Harry and Meghan Markle are currently staying in a multimillion-dollar home. Their $14 million waterfront home is rented from their billionaire friend, and they are expected to remain there for the foreseeable future.

They are also pulling a "Kardashian" move by trademarking the "Sussex Royal" brand on more than 100 items. The Sun previously reported that the list includes footwear, printed material, clothes and even newspapers.

Harry and Meghan are also reportedly still working on the launch of their Sussex Royal Foundation with New York City PR firm Sunshine Sachs, and the are said looking for someone to lead the foundation.

With the PR film, the Duke and Duchess will start building their expected commercial empire after getting the freedom to earn millions and sign different deals that would benefit them.

Similar to how the Kar-Jenner's work, Prince Harry and Meghan are waiting for endorsement deals and brands who would want to work with them and pay them millions of dollars per social media post, per appearance or per mention in their speeches.

However, it does not stop there. Royal watchers might also see the couple on TV, the big screen or in streaming platforms.

Ted Sarandos, the Netflix personnel who signed President Barack Obama and Michelle Obama's production deal, has already hinted that he would be hiring Prince Harry and Meghan for work.

According to Page Six, there is already a possibility of having their documentary channel where they could showcase their charity works for the world to see that they are still invested in helping.

Prince Harry already has a few major charity events in the works, as reported by the London Evening Standard.

Since the former "Suits" actress has ambitions, many could see her running for president in 10 years.

After finalizing Megxit, the couple must be relieved for having some breathing space for all that has happened to them. The pair are reportedly eager to finally have a fresh start.

"With the kind of work that Meghan and Harry want to do, they have to be free from palace protocol and Politics," Top British PR and branding expert  Mark Borkowski told The Post, via Page Six.

Borkowski added it is difficult to speak your mind out properly "with the Palace breathing down your neck." However, he said that he hopes the prince and his wife is savvy enough so they would not make themselves look tactless.

Although many reports claim that it was Meghan who convinced and forced Prince Harry to step back from the royal family, s Page Six source reported that they made the decision together. As described, the Duke of Sussex is knowingly a man who "loves his wife, his child and the family they are creating together."

READ MORE: Prince Harry, Meghan Markle to Live In a Mobile Camper Instead? The Truth