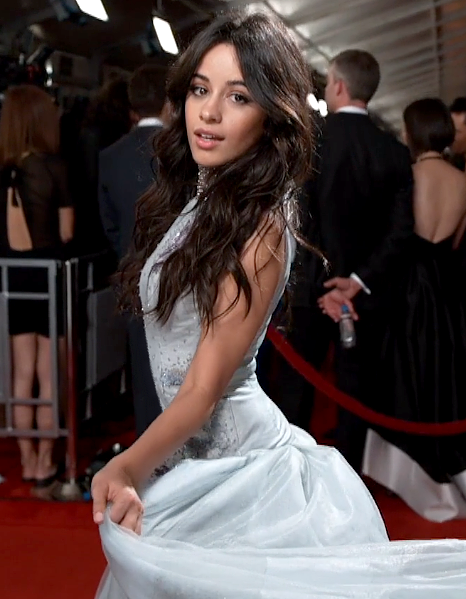 Fans are excited for real-life couple Camila Cabello and Shawn Mendez to win a Grammy because they will do something extreme on stage.

Speaking to Radio.com on January 22, the "Havana" singer spoke about what kind of epic acceptance move she and her boyfriend would make if they win the award for the best pop duo/group performance for their #1 hit song, "Señorita."

"If Shawn and I win the Grammy, we will walk onstage in our underwear like Twenty One Pilots did. That's a promise," Cabello said.

Three years ago, Twenty One Pilots members Tyler Joseph and Josh Dun collected the Grammy award wearing only their underwear.

But then Cabello exclaimed, "Just kidding. It's not. I gotta work out before I do that."

She also revealed how special it feels to be nominated with her boyfriend.

"It feels really special to get to share that kind of experience with someone that is first and foremost my friend that I've known for such a long time."

Cabello continued, "He was actually the first person, I think, that I wrote a song with, which was when we did our collaboration 'I Know What You Did Last Summer."

She reminisced about the song saying that they were just two kids in a dressing room writing a song and then quickly becoming excited about that song.

"And we've grown up so much, and getting to experience something so prestigious with him is really cool," Camila Cabello said.

The two first met in 2014, when Cabello was still a member of the band, Fifth Harmony. She and Shawn Mendez were opening acts for Austin Mahone Live on Tour.

"I Know What You Did Last Summer", according to Mendes, was the first time they had ever really spent more than a few minutes talking to each other.

"We were backstage hanging out, I pulled out my guitar and we were just messing around, not really thinking about writing a song."

Romance was not present for them at first, because Mahone dated Cabello that same year.

In an interview with V Magazine, Cabello talked about the tour with Mendes saying, "I remember that I wanted to go out with you, but you were always on a tourist bus, just learning guitar."

Mendes then recalled, "You were the only person who spoke to me. As if you were one of all on that tour to tell me the word."

He revealed what he thought of his now-girlfriend that he used to look at Cabello on his bus and then look out the window to see her.

"I liked you, flying on the scooter and jumping and spinning. It's crazy as I would like."

A year after Shawn Mendes' appearance on "The Late Late Show with James Corden," Corden asked Mendes if they were "once a thing," then he replied with laughter, "No, we weren't."

"We are close friends," he continued before explaining why they are practically best friends.