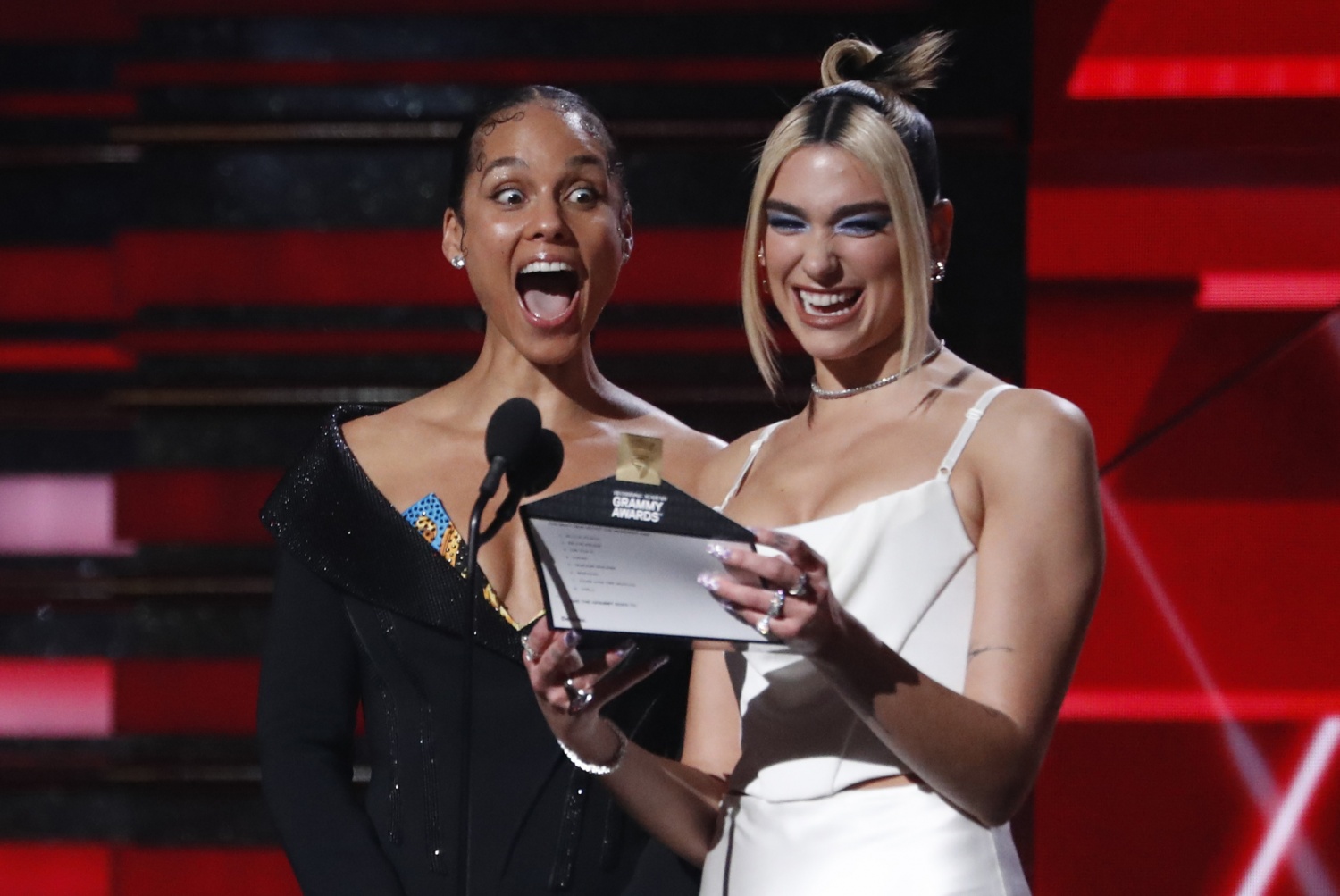 The Grammy Awards is one of the most recognized awards seasons of all time. However, despite the name and prestige it has established, the event still feautred some forgettable moments.

On Nov. 2019, The Recording Academy announced the list of its nominees for the 62nd Grammy Awards. A lot of fans rejoiced upon learning the list of candidates, so much so that they waited until Saturday to see their favorite artists' performances.

However, instead of feeling the satisfaction after the long wait, some of the worst moments happened during the 2020 Grammys -- from unexpected guests to dull scenes.

Blake Shelton and Gwen Stefani started to date in the Fall of 2015. With that fact alone, most of their fans expected that their performance on stage would give them something romantic and intimate.

Unfortunately, their performance was far from what the fans expected.

During their live debut of their "Nobody But You" duet, the 43-year-old "Boys 'Round Here" singer and 50-year-old "No Doubt" vocalist failed to satisfy their fans with their supposed lovey-dovey performance.

Though Gwen dressed up in a gown and Blake in a three-piece suit -- seemingly looking as if they were ready for an on-the-spot wedding -- the two lacked the electric chemistry until the end.

People already dubbed the Grammys 2020 lineup as something perfect, but not until they saw someone who they did not need in the first place.

The controversial Deborah Dugan took a seat for herself even amid the allegations she is facing.

Before GRAMMYs, the public noticed the clash between the Recording Academy, the founding organization of Grammy Awards, and its former CEO, Deborah Dugan.

Dugan has to deal with serious misconduct within the Academy (which includes voter fraud, corruption, sexual harassment, and a "boys' club" attitude). However, she still found time to drop by the awards season.

In addition to the aforementioned issues, she has also been accused of spreading misinformation about the Academy and bullying its employees.

The three-and-a-half-hour Grammys 2020 was took forever to finish, and viewers are tired and a bit bored!

People blamed the artists who chose to perform their slowest and saddest songs they have instead of their upbeat tracks.

Moreover, viewer said it was okay if only the performers played sad and cheerful songs alternatively, but it did not go that way.

For example, Demi Lovato performed a touching, piano-rich piece. However, her number was immediately followed by Billie Eilish's "When The Party's Over." It follows three previous emotionally heavy performances, and it undoubtedly caused some viewers to feel heavy-eyed throughout their production.

Who would have thought that a 50-year-old rock band would be failing big time this year?

In this year's performance, Aerosmith went on without Joey Kramer -- which was probably the worst decision they made.

They began their number with a messy "Livin' on the Edge" performance after Joe Perry produced "over distorted noise" using his guitar.  Just when they got the chance to try to get up, the band stopped in the middle of playing "Walk This Way."

Because of this "epic fail" moment, Kramer could possibly be glad that he did not join them this time.

Who's The Skeleton Guy?

As much as the fans wanted to focus on Ariana Grande and her Cinderella dress, a mystery man with a skeleton face paint drew their attention more.

Fans even took their curiosity to Twitter, with one user saying: "Nothing makes you feel old like watching the Grammys, saying things like: 'Who's that?' 'What the hell is he wearing?' 'Do they even make rock n roll anymore' and 'is that a skeleton in the audience?"

After the "Guess Who" game stormed the internet, they solved the mystery and revealed that the man behind the mask was the 19-year-old son of Swizz Beatz, Prince Nasir Dean.

He posted the evidence on his Instagram story and showed how he got makeup-ready before the show.