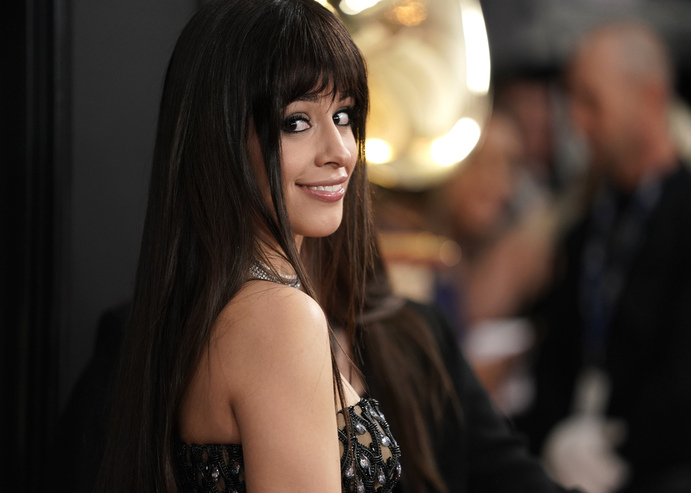 Camila Cabello and Shawn Mendes lost their chance on this year's Grammy Awards. However, it did not stop them from partying afterwards.

Camila and Shawn got a nomination for 2020's "Pop Duo/Group Performance" for their record-breaking song "Señorita," but they lost to Lil Nas X and Billy Ray Cyrus for "Old Town Road."

Though they did not get the trophy for that, the couple appeared to be doing just fine after they spent a night together.

At 40 Love bar in West Hollywood, Niall Horan and Lewis Capaldi joined the couple for an all-night-long after-party.

Arriving at the party, Cabello wore the same risqué black see-through mini dress she dressed in during the red carpet event before the party -- but without the detachable black lace skirt.

Meanwhile, Mendes flaunted his satin dress shirt exclusively for the party with a stylish, untied necktie.

This rare event somewhat made Capaldi feel "shy," but the alcohol helped him finally warm up and join the artists in the sing-along.

Meanwhile, Horan wanted to help the "Someone You Loved" singer be himself and "get in the spirit of the festivities" by kissing him on his cheek.

Like Cabello and Mendes, Capaldi's name also got a Grammy nod -- his first-ever -- for the Song of the Year. However, he ultimately lost to Billie Eilish for her song "Bad Guy."

What made the 23-year-old Scottish singer party even harder was the fact that he was mistaken for one of the staff members who fill seats while the celebrities use the bathroom.

The night went on, and the four artists went on to sing together One Direction's 2014 hit single "Steal My Girl."

Help, I can't stop watching this vid of @ShawnMendes and @Camila_Cabello singing "Steal My Girl" by One Direction.

Horan, being the former member of One Direction, provided backing vocals for them from the dance floor below.

Aside from bringing back 1D memories, DJ and producer Kygo also made the four artists sing Capaldi's Number 1 single "Someone You Loved" and The Killer's "Mr. Brightside" with Horan and Capaldi both carrying half-drunk pints.

Right after they sang at the top of their longs, they carpooled over to Diplo's house party, and that was when people spotted Cabello and Mendes making out in the back of the bus.

The couple triggered concerns earlier that night after walking the red carpet separately. However, there was a sweet reason behind the decision.

The 22-year-old Camila brought her dad, Alejandro, to the event where she dedicated her song "First Man" to him that made him tear up in the front row.

Camila shared a clip of their moment on Instagram and explained how she had to revisit the bathroom to sob while writing the song.

View this post on Instagram
#firstman ️ a year ago last October I was in Nashville while on tour and I wanted to get in the studio and write because I hadn’t had the chance for quite a while.. i came in with a bunch of ideas but suddenly I just started thinking about my dad and missing him and thinking about how much he means to me. I had to go to the bathroom and just sob every 10 minutes writing this song, I could barely get through it and I almost didn’t tonight.. thank you to my dad for showing me what it is to love someone selflessly , for making me always laugh when I cry, for being my constant safety and arms to fall into. ️ I dedicate this to all dads out there - the ones that are with us and the ones that aren’t anymore but that we will always have in our hearts ♥️ A post shared by  camila (@camila_cabello) on Jan 26, 2020 at 11:27pm PST

Camila, Shawn, Nial and Lewis went home empty-handed, but at least they have the memories of the aftrer-party to look at in the years to come. Besides, it is quite clear they enjoyed each other's company in the wild and fun after-party.