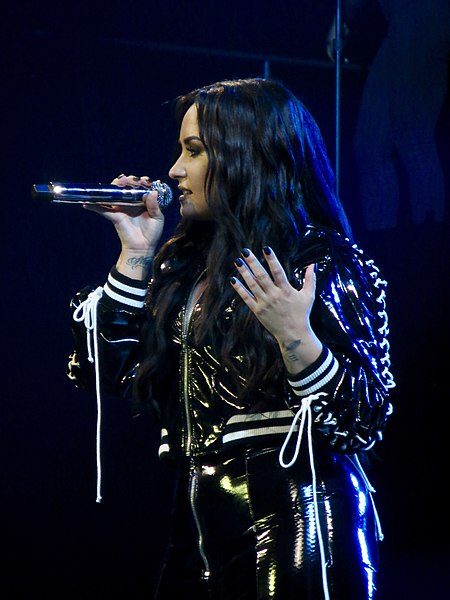 Demi Lovato was the star at this year's Grammy Awards night. She gave an emotional performance of her song "Anyone" at the Grammys stage.

Anyone who grew up during the era of Disney Channel's Golden years would know how Miley Cyrus, Jonas Brothers, Selena Gomez, and Demi Lovato started their careers. They all reigned supreme at that time. Not only did these artists got their first chance at the spotlight, but the experience has allowed them to make lifetime friends for themselves

When they were young, Selena and Demi used to be so close that they were like attached at the hip. While filming for the series of "Barney and Friends," the two met and found themselves treading on the same career paths.

People thought they were going to be best friends forever. However, every solid fan of Demi Lovato and Selena Gomez knew that something happened. These two artists simply drifted apart and outgrew each other.

Although the two may not be in constant communication in the past few years, there on-again-and-off-again friendship did not stand in the way on Sunday.

Selena showed her support to Demi in her performance of "Anyone" at the Grammys Stage. The song was meaningful to Demi and those close to her, as she wrote it days before she suffered an overdose in  2018. The song and her performance was a beautiful reminder of the second life she has been given.

That night, Selena was not in the Grammys, but she saw Lovato's performance on television. And perhaps like everyone else who has seen it, Demi had her moment of triumph.

The "Lose You To Love Me" artist congratulated her good friend for her strength and courage to be in front of the crowd and sing her heart out.

"I wish there were words to describe how beautiful, inspirational, and DESERVED this moment was," Selena wrote on her Instagram post. Further, the "Look At Her Now" singer wrote, "Demi, I'm happy for you. Thank you for your courage and bravery."

Before taking the Grammys stage, Demi Lovato gave a heartfelt interview and talked about what her new song meant for her.

"I listen to it again and hear the lyrics as if they were a cry for help," Demi revealed during her interview with "New Music Daily With Zane Lowe." The "Give Your Heart A Break" artists further said that she wondered if anyone listened to her song, would they think of helping the girl? Wouldn't anyone think that the girl singing the song is asking for help?

The "Cool For The Summer" singer further revealed that while she felt she was okay when she was recording the song, she knew to herself that she was not.

"Whenever I listen to it now, it makes me want to go back in time and help that version of myself," Lovato revealed.

Demi has been through a lot in the past few years. Her emotional performance at the Grammys has earned her a standing ovation. The song was a reminder for her that at a certain time in the past, she needed help and she got it.

Now, Lovato is singing to her heart's content, with a bit of vulnerability and a whole lot of strength.