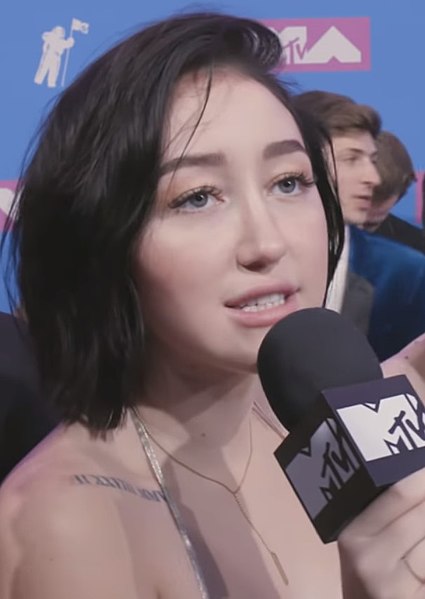 Everybody's asking if Noah Cyrus and Machine Gun Kelly are dating. They have been spotted at the Grammys 2020 holding hands and getting really close.

Nobody would have thought of seeing Noah Cyrus and Machine Gun Kelly dating, but it looks like they are. Noah previously dated Lil Xan. Although neither of the two artists has confirmed or denied the status of their relationship, people assumed they were together when they were seen getting cozy at the Grammys 2020 after-party.

According to E! News, the two were spotted at the Republic Records Grammys after-party. People who saw them said that they looked like they were really into each other. An eyewitness told the news outlet that the pair had been holding hands that whole time while posing for photos together.

"They basically walked around the party hand in hand."

Cyrus looks like she got herself a new man, and they are not afraid to show off their love for each other.

Although sources have yet to get any confirmation, witnesses say that there might be something going on between the two. When they arrived in the party, they were holding hands and was spotted next to each other the whole time.

"It really seemed like they were dating." the eyewitness recalled.

The two were not shy to display their affection for each other. Moreover, at the Sony Music Entertainment 2020 Post-Grammy Reception, they were also spotted holding hands and very sweet to each other.

The pair were hitting up multiple parties together, so it looks like it was a super fun night for them.

The Past is Haunting

Noah Cyrus, much like her sister, has been involved with other people in the past. The last person she dated was Lil Xan, whom she has one of the worst breakups ever. It was public and it was messy.

Lil Xan came all out when she accused Noah of cheating on her. In his social media post, he wrote, "it just hurts so f*cking bad, thinking you know somebody, and then you just get used." Along with it came a photo of himself urinating on the plaque that he received for his song "Betrayed."

Meanwhile, Noah also accused Lil Xan to be the one cheating on her. He responded to her claim by saying that the relationship they had was all but a PR stunt. After Lil Xan, Noah was linked to Tana Mongeau, though she later clarified and said the two of them are just friends.

The news came as a surprise to both their fans because Noah and Machine Gun Kelly have recently been linked to other people.

Machine Gun Kelly has been rumored to be dating Kate Beckinsale, the ex-girlfriend of his good friend Pete Davidson. He has since shot down those reports, however.

Earlier this month, he posted a photo of himself hugging Noah at her birthday party, while Cyrus also posted a picture of them together along with the other pictures from her big birthday bash.

Will Noah and Machine Gun Kelly admit to dating each other? Their fans, though surprised, hope their idols end up happy.

Piers Morgan Fed Up Talking About Meghan Markle and Prince Harry: 'I'm So Done With Them!'