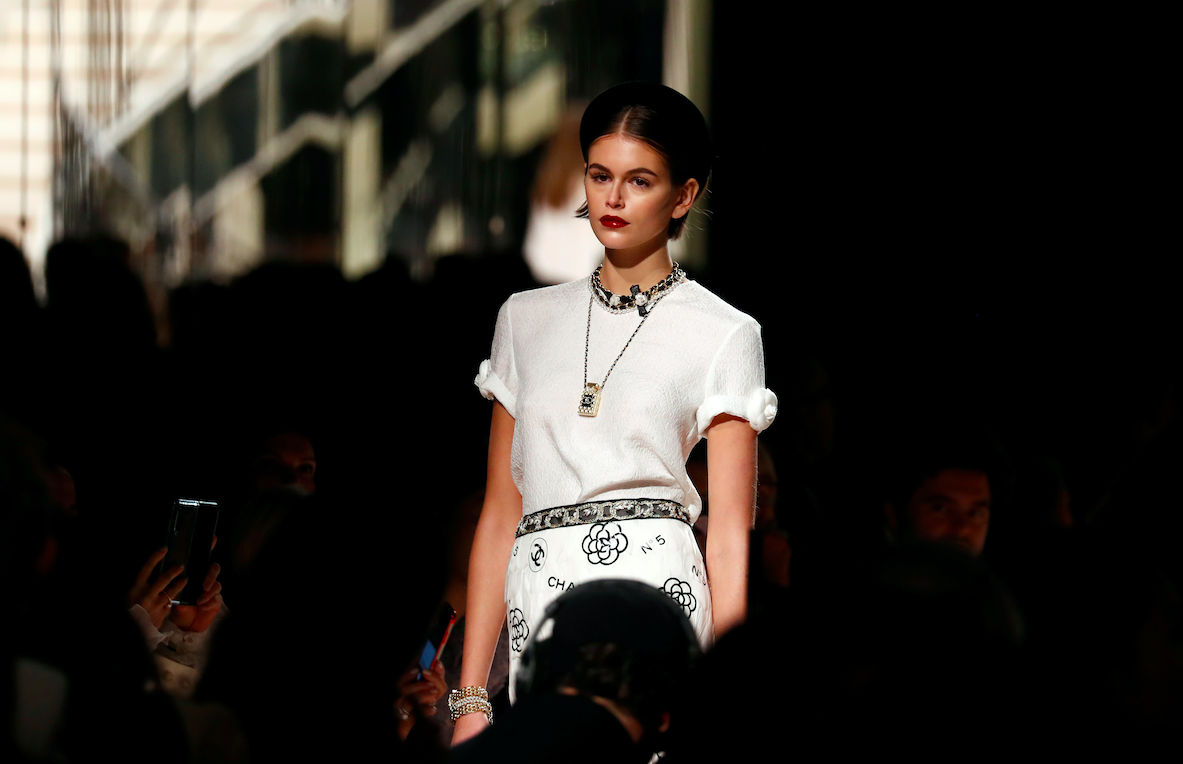 Pete Davidson is reportedly only using his supermodel girlfriend, Kaia Gerber, for publicity.

"He's shamelessly dropping Kaia's name as a way into all the celeb parties to schmooze with the big Hollywood producers," a Radar Online insider said.

The source added, "[Pete] is itching to make it big in the movie any way he can and brags that he's got several projects in the works and that he'll move on to superstardom any day now, like a lot of SNL cast members before him."

The Staten Island-born-and-bred comedian is reportedly "downright arrogant and immature in thinking his comedy is king." Still, most of his colleagues are just "rolling their eyes" at him.

The insider also noted that he has already done it with the other famous ladies he has dated, like Ariana Grande and Kate Beckinsale.

Everyone in Pete's circle is just glad that he has been able to maintain his sobriety, says the source, "but this success he's had with the ladies seems to have gone to Pete's head and turned him into an absolute douche."

The parents were spotted on Thursday outside of their daughter's Manhattan apartment having an agitated conversation. According to The Daily Mail, it was about Kaia's beau.

Although it was unclear what exactly they were talking about, it was noted that the pair went in and out of the building a few times before waiting on the sidewalk for about 15 minutes.

A bystander told the Daily Mail that Rande was heard saying that the person upstairs, who is believed to be Pete, had "scratched eyes" and was "freaking out."

Rande was reportedly overheard saying, "He's got scratched out eyes. His face was like scared as if someone or a camera was on him. His eyes are very... and he's like freaking out."

“He had 'scratched out eyes' and was 'freaking out' Stressed Rande Gerber tells Cindy Crawford that Pete Davidson, ‘needs help' after crisis talks with their daughter Kaia's boyfriend at her apartment. Pete was reportedly seen around the apartment building at the same time. pic.twitter.com/esweIvbIJQ — Lilian Chan (@bestgug) December 29, 2019

He even reportedly continued, "How in the hell can he... be away... he needs to help my God that's crazy.. private rehab, Ummm, like an hour." He then mentioned something like, "I mean, he loves her. You know he's over there."

Cindy reportedly replied, "Is it him over there?"

After the parents talked, Pete reportedly left the apartment in a car down the street.

Once it was dark, Kaia returned to her apartment alone. She was makeup-free, had a dark jacket on and covered her face with a water bottle.

A source told Page Six that Cindy and Rande are very "hands-on" parents and are not thrilled that their daughter is dating Pete. However, they felt that it would end soon.

The source said that they are just hoping "this could all just fizzle out" since Kaia has been traveling and working always, so "how serious can the couple get?"

Many know that the model has been hanging out with the funny man quite often after he was spotted leaving her apartment building last October. That they, they were also seen getting cozy at an NYC restaurant.