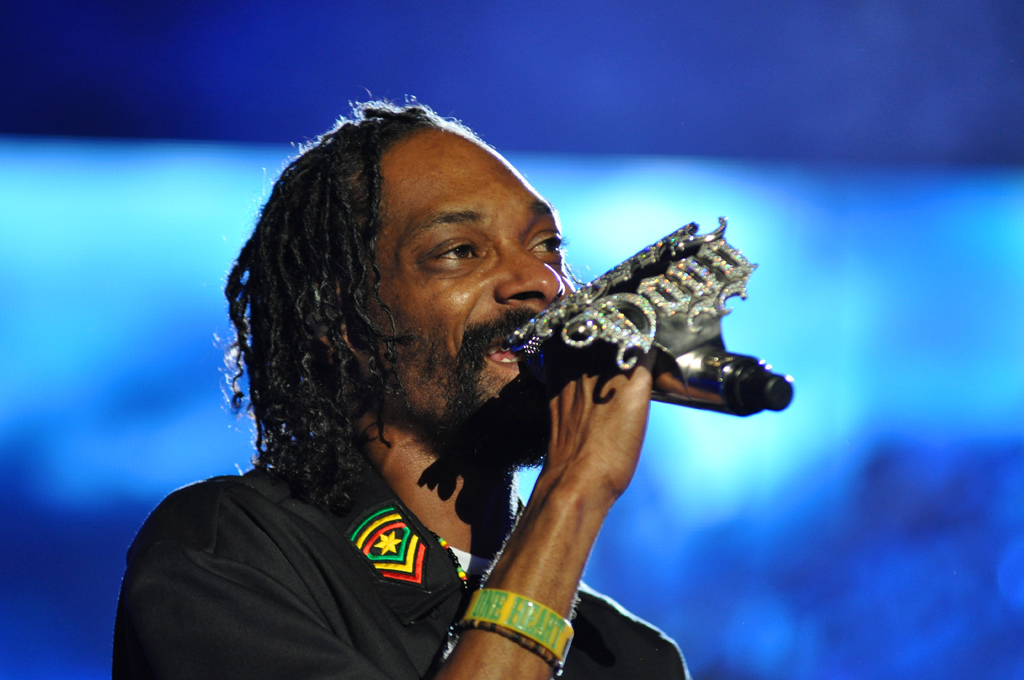 Gayle King harshly disrespected Kobe Bryant while everyone else is mourning over his sudden death. This infuriating gesture got into Snoop Dogg's nerves, leading him to fire back and hit the TV personality with some rather vulgar words.

WNBA player and Kobe's friend Lisa Leslie appeared in an interview with Gayle on the Feb. 4 episode of the "CBS This Morning." During the interview, King started to corner Lisa and asked the retired 47-year-old basketball player if she ever thought that Kobe's legacy "is complicated" after he got charged with sexual assault (which was eventually dropped).

As a response, Lisa told the host that it was never complicated for her since he never saw the ESPY Icon Awardee to be that kind of person "who would do something to violate a woman or be aggressive in that way."

However, despite the answer, Gayle seemed to be pushing her own agenda and drove her guest to the edge when she claimed that Lisa would never see it because she is Kobe's friend.

Lisa, who appeared disgusted with the line of questioning, kept her composure and responded with a neutral statement.

"That's possible, but I just don't believe that," Leslie replied.

Lisa went on and reminded the media that they should be sensitive now, most especially since Kobe's death only happened a few days ago and bringing up that specific topic about Bryant's past was just rude.

"If you had questions about it, you had many years to ask him that," Leslie added. "I don't think it's something that we should keep hanging over his legacy."

Hours after the ill-mannered interview, Snoop Dogg led the list of artists who criticized the "CBS This Morning" host.

The "Young, Wild, & Free" rapper took his anger on Instagram and posted a video of his reaction.

"Gayle King, you're out of pocket for that s***," Snoop said. "Way out of pocket. What do you gain from that?"

Snoop Dogg continued and let the editor-at-large know that they expected more from her, but she chose to damage the reputation of his "homeboy."

"Respect the family and back off, b****, before we come get you," Snoop concluded.

After she received heavy backlash after the interview, Gayle released a statement through a CBS clip on Tuesday and blamed the network for taking out the context and posting only the part that was jarring.

"I hope they will now watch the entire wide-ranging interview. We asked a longtime friend of Kobe Bryant's to talk to us about his legacy and their friendship, and Lisa did exactly that," King said.

Gayle went on and said that the entire interview unveiled a number of wide-ranging topics -- from Kobe's career being a mentor to many people and an inspiring basketball player, and how he always looked forward to the next chapter in his life.

Gayle added that she felt "really good about the interview."

The Los Angeles Lakers legend and eight other passengers, including his daughter Gigi, died in a horrific helicopter crash in Calabasas last Jan. 26.