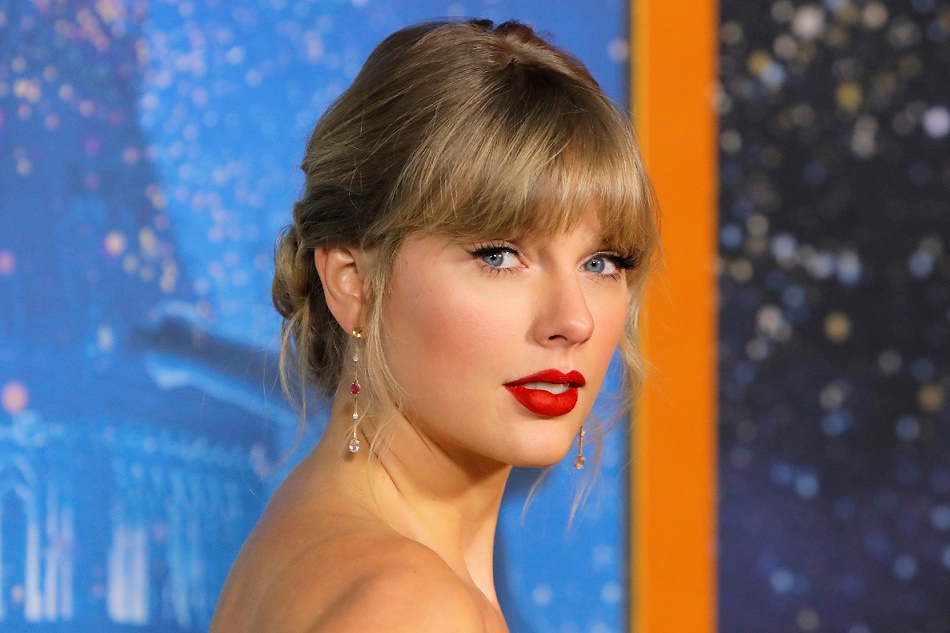 Taylor Swift got snubbed at the Oscars, but it sure looked like she's not bothered by it after she was seen sharing a kiss with Joe Alwyn at the NME Awards.

Taylor's non-attendance at the 92nd Academy Awards became the talk of the town, most notably after her song "Beautiful Ghost" failed to get into Oscars' shortlist.

However, despite not getting any nomination at the prestigious ceremony, Taylor surprised the NME Awards with her appearance and a rare PDA bonus!

What Happened at The NME Awards?

The ceremony kicked off their star-studded annual music award show at the 02 Academy Brixton in London.

The attendance of the 30-year-old "I Knew You Were Trouble" singer came after she got nominated for the "Best Solo Act in The World" -- which she eventually won.

However, it was not the most significant bombshell moment yet.

Right after Taylor made her NME Awards red carpet debut, the Grammy Awards recipient headed straight to his boyfriend, and the cameras caught her kissing him!


It was indeed a rare event for the couple, who agreed to keep their relationship as low-key as possible. In fact, a source told People in August 2019 that they chose to be like that since they believe it is what will make their relationship work.

"Joe loves acting but doesn't want to be a celebrity," the source stated. "They both agree that, for their relationship to keep working, they want to keep things quieter. She's the happiest she's ever been."

Aside from the ceremony, Taylor also took the chance to introduce her boyfriend through her new Netflix documentary"Miss Americana." In the documentary, the singer detailed how and why she fell in love with the 28-year-old British actor.

In the series, Taylor described her relationship with Joe as something "wonderful, normal, balanced kind of life," which was how he got her attention.

Now that their relationship is getting stronger than before, fans can expect that Swift will not attend future awards ceremonies alone anymore.

At the NME Awards, Taylor defeated other talented nominees like Lizzo, Billie Eilish and Lana Del Rey. Sure enough, the win made her feel happier to the point that she kissed her boyfriend in public.

But aside from publicly showing her affection toward her boyfriend, Swift also revealed through her acceptance speech that she wanted to finally step out of her comfort zone at the ceremony.

"This is my first time at the NME Awards, and like, I just feel like everyone here is so shy, so reserved," Taylor said. "Are you guys having any fun tonight? Are you going to come out of your shells at all?"

However, despite saying that it was her first time at the ceremony, it was not really the first time the crowd saw her face at the show. Technically, Taylor recorded her acceptance speech for "Best International Solo Artist" at the same award show and flashed it through the screen in 2016.